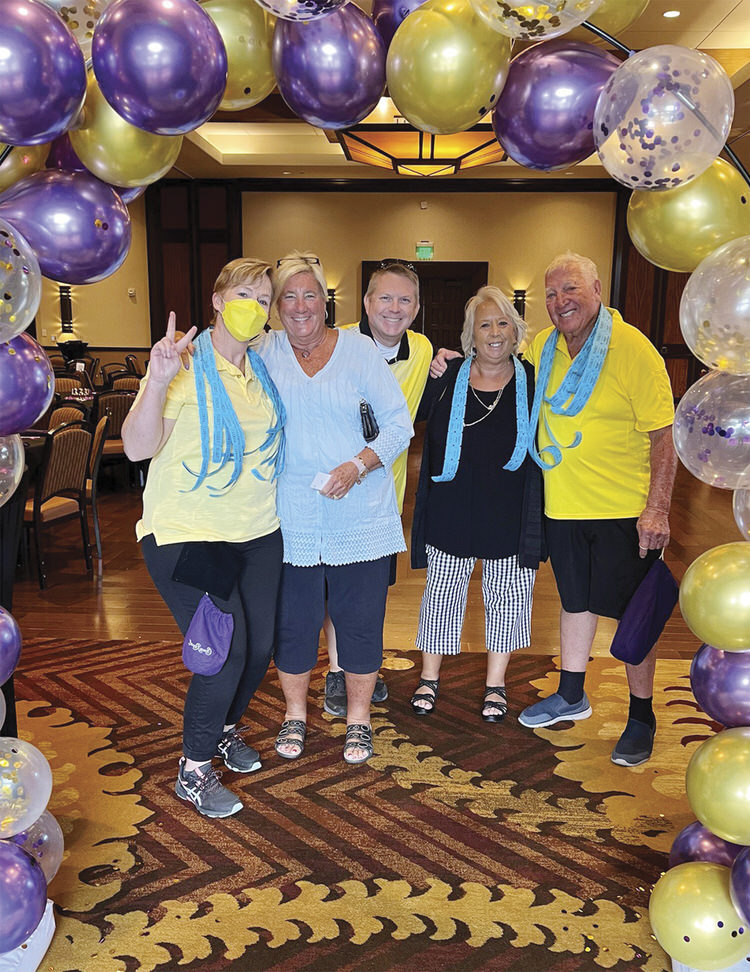 The Hermosa Ballroom at Robson Ranch was the setting for a very successful fundraiser for “His Marine Ministries,” an Arizona nonprofit food pantry. The event included a silent auction and raffle items donated by many of the supporters of this food pantry, which feeds 36 families twice a month.

The goal of this event was to raise additional funds that would allow Janice Fruge, the director, to purchase perishable items to accompany the nonperishable items that come from St. Mary’s Food Bank in Phoenix.

The afternoon luncheon was attended by 175 participants who enjoyed an afternoon of musical delight, provided by the Robson Jazz Experience, featuring vocals by Pete Marks.

The guest performer of the afternoon was Miss Kellye Cash, who is the niece of Johnny Cash, well-known country singer. Kellye flew in on Thursday afternoon for practice, performed, and returned to Tennessee after the event.

Kelly gave us an opportunity to get to know a personable, humble, and very talented former Miss America. She sang country, spiritual, and patriotic songs, and believe it or not, country is not her first choice as she prefers Broadway standards and traditional ballads. Kellye comes from a military family, and in fact moved quite frequently as a child with her father’s assignments. Her brother currently serves at the Pentagon as a chaplain.

Thank you to all who participated. The food pantry will be able to buy perishable items for the entire year of 2023. I would say it was an event well done.