If you would like to submit an obituary for In Passing, please limit your submission to 400 words or less and submit it and a photo (if you have one) via email at [email protected] or online at robsonpublishing.com/editorial. 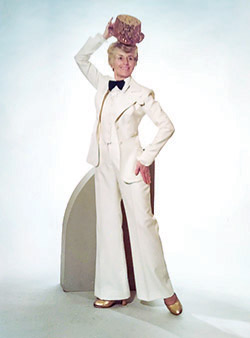 Patricia “Miss Patsy” Raymond Ulma Chase, of SaddleBrooke, Ariz., passed away on Jan. 26, 2022, at the age of 87. She was born in Winslow, Maine, the daughter of Maurice and Antoinette Raymond, attended Winslow schools, and established Patsy’s School of Dance, which she operated for almost 30 years.

Patsy married her first husband, Gerald “Gerry” Ulma, in 1955 and they had two sons, Jeff and Todd. “Miss Patsy” taught hundreds of dance students and staged 28 recitals at the Waterville Opera House, which became sell-out performances. She retired on April 27, 1980. She inspired many students to continue with dance, and several of them started their own dancing schools to continue the “Miss Patsy” tradition.

After Gerald’s untimely death in 1977, she met George “Bud” Chase from Andover in 1979. In 1980, they packed all of their belongings and moved to Arizona. She married Bud at the Cathedral of Saints Peter and Paul, U.S. Virgin Islands, in 1989 and spent the rest of her life with him by her side.

Patsy attended Pima Community College and received her associate’s degree as an executive secretary in 1988. She worked for the college as an administrative assistant until 1996. She continued with her love of dance by teaching tap dance lessons at the school and gained a new interest in the clogging style of dance, forming the “Arizona Desert Stars” dance troupe. They became famous for “clogging with a flair,” performing both locally and internationally at the invitation of the Innsbruck Performing Arts Festival in Austria.

Patsy joined Bud as they became involved in different hobbies and club activities in their community, including the motorcycle and bicycling clubs. They also traveled extensively, trekking to see sights in the U.S. and around the world, visiting locations such as Australia, the Panama Canal, Thailand, Scandinavia, and the Caribbean. At the age of 72, Pat and Bud rode their motorcycle across the United States in 2006 and 2008 and toured the Rocky Mountains and Pacific Northwest in 2007.

Patsy is survived by George “Bud” Chase of SaddleBrooke, Ariz. She leaves behind her older brother, Thomas Raymond, and his wife, Shirley (Ayotte) Raymond, of Damariscotta, and younger brother, Lewis Raymond and his wife, Cathy (Dearborn) Raymond, of Winslow. She is also survived by her sons Jeffery “Jeff” G. Ulma and his wife, Paula Siviski-Ulma, of Mount Pleasant, S.C., Todd P. Ulma and his wife Cheryl (Mayo) Ulma of Sparks, Nev., stepson Bob Chase of Andover, and stepson Brian Chase of Andover; granddaughter Lauryn (Ulma) Johnson, her husband Jimmy Johnson, and great-grandson, Lincoln Johnson of New Hill, N.C.; and grandson Bryan Ulma and his fiancée, Hannah Janosko, of Cary, N.C.
A Celebration of Life will be held later this year to honor this wonderful woman. For more information, go to www.forevermissed.com/misspatsy.

In lieu of flowers, memorial donations may be made to the American Heart Association at www.heart.org. With heavy hearts we announce the death of Estelle Geraldine Cangeme of SaddleBrooke, Ariz., who passed away on Jan. 31, 2022, at the age of 78.

Estelle enjoyed traveling and hiking the Catalinas with her husband, was an avid reader, and enjoyed movies and playing pickleball with her friends. Estelle was kind-hearted, understanding, a good listener, and generous. Her physical presence will be missed by all who knew and loved her, but the brightness of her life, which was well-lived, will continue to shine.
A celebration of life was held on Thursday, Feb. 10, 2022, at 11 a.m. at the Vistoso Funeral Home (2285 E. Rancho Vistoso Blvd., Oro Valley, AZ 85755).