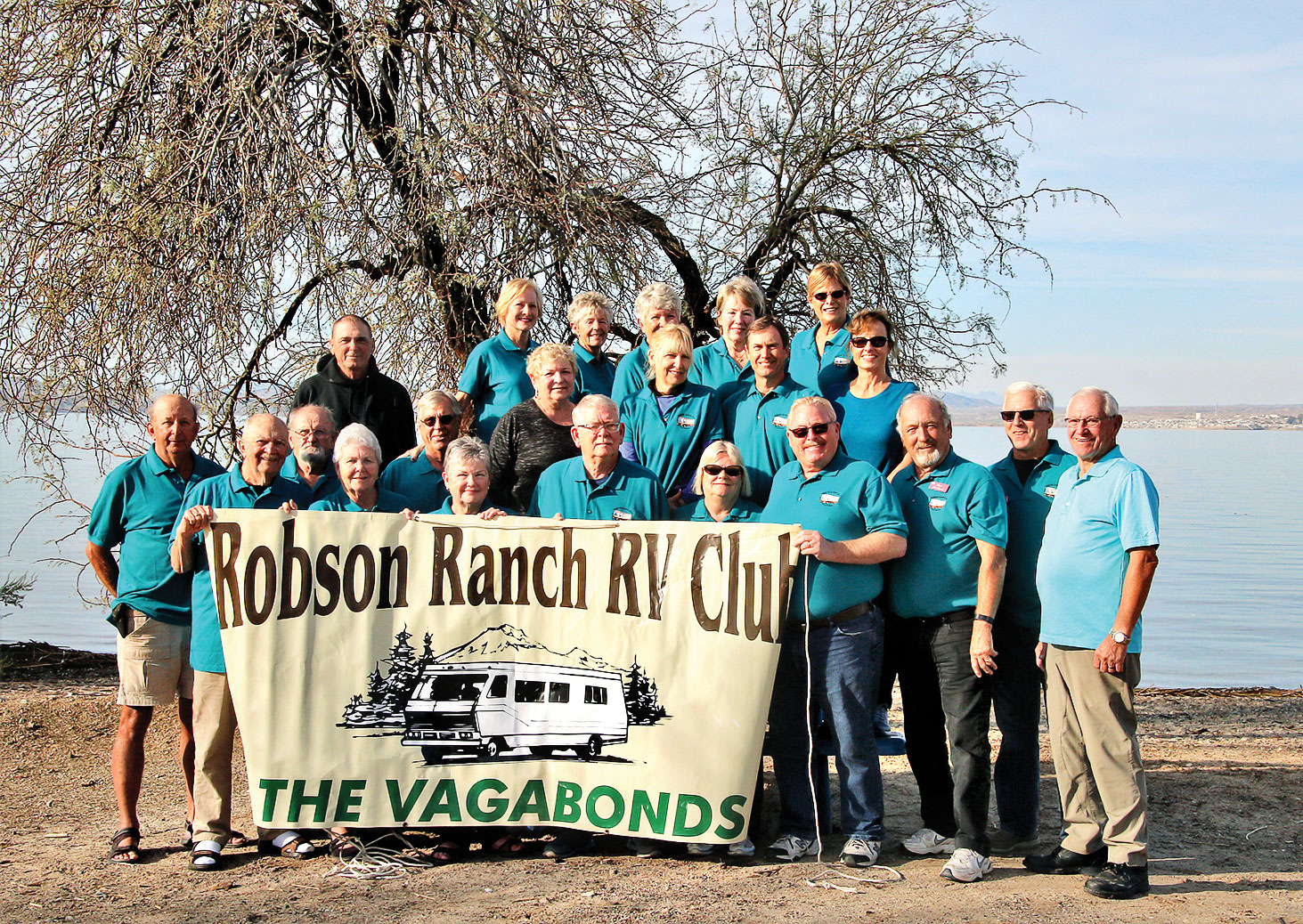 Monday brought an evening of gathering for happy hour and heavy appetizers. With three new club couples joining the rally, it gave all an opportunity to make new friendships.

Tuesday brought rain and adjustment of our scheduled events. A majority of the group visited the Lake Havasu Museum of History giving us the opportunity to learn about the history of Lake Havasu brought about by Robert P. McCullough and his boat motor company and C.V. Wood a developer who was the chief developer of Disneyland. Some of the others took a boat right over to Havasu Lake Resort in California. We ended the day enjoying eating dinner at Papa Leone’s Pizza.

Wednesday morning 16 members of the group participated in the Gray Matter Escape Room. Two groups attempted to escape the Fallout Shelter room and two groups attempted to escape from the Initiation room within an hour’s time limit. Although none of the groups succeeded in escaping, the general consensus was we would definitely do it again. After we completed this event, we were told that 50 percent escape the Fallout Shelter room and 35 percent escape the Initiation room. In the afternoon six of the ladies attended Afternoon High Tea at the London Bridge Resort where we enjoyed petite cucumber sandwiches and varies sweets. At this event we learned about the discovery of tea in London and the London Bridge. Dinner brought everyone together at Barley Bros Brewery for a great dinner and fellowship.

Thursday several members enjoyed a beautiful day of 18 holes of golf at Parker’s Emerald Canyon Golf Course while others took the London Bridge Walking Tour to learn more about the history of Lake Havasu City and the London Bridge. Our evening dinner was a chili contest with three different types of chili (two red chilis and one white chili) made by members while the rest of the members brought salads and items to go with the chili. All the members were involved in tasting the different chilis and voting on their favorite. Sherrill Simmons was the lucky winner of the chili contest with her delicious chili which we later learned was made with venison and pepperoni.

Friday was a free day for all. Some took walks, some visited Parker Dam and some took the 20-minute boat ride over to Havasu Lake Resort and Casino to enjoy a leisurely lunch and then returned to Lake Havasu City. Friday everyone enjoyed a delicious dinner catered by Chico’s Tacos with lots of food left over.

The rally ended Saturday morning as the group headed back to the Ranch each at their own pace.

The rally time was a great opportunity to develop new friendships and learn of the history of Lake Havasu City and how it was developed as well as the building of the old London Bridge into the Lake Havasu’s London Bridge.