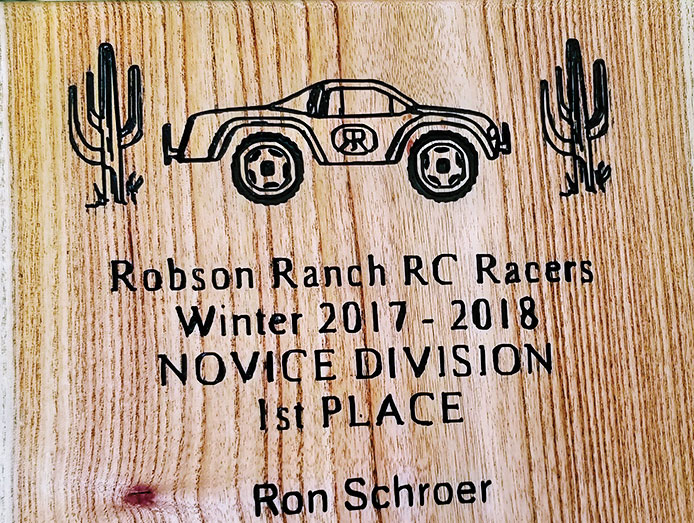 The RC Club issued awards to the top RC Car racers for the winter season at an awards dinner held on March 29. The award winners were as follows:

Award plaques were designed by club member Marv Enerson and made by the Robson Ranch Woodshop.