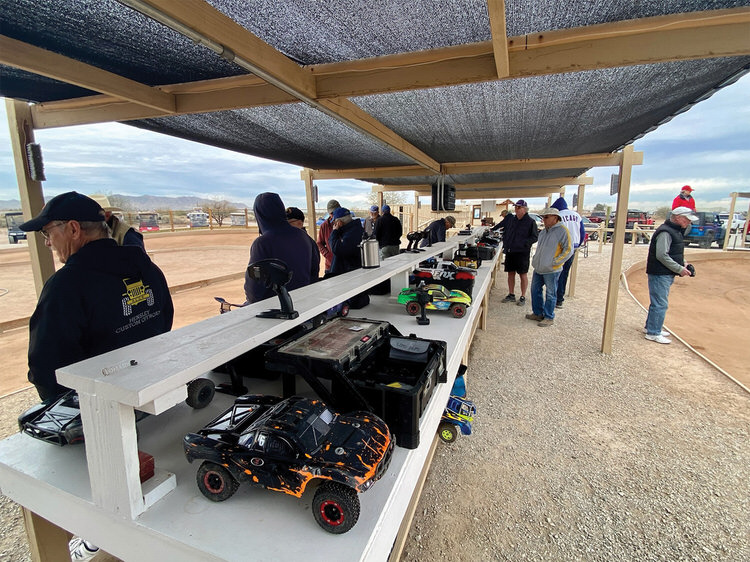 The 2021/2022 winter season saw growth in RC Club participants as well as spectators.

The 2021/2022 winter racing season has come to a close for the Robson Ranch Radio Control (RC) Club. It proved to be another huge success. Compared to the previous year, our participant count increased from 36 to 53 total competitors across six classes. Additionally, we had larger numbers of spectators at our Tuesday and Thursday morning events.

“Our winter racing season saw the addition of more new racers than any previous season,” said outgoing Race Director Bill Engler. “There were more racers competing in all six classes than in past seasons.

“The Open class had 41 different racers competing throughout this past season, which was unheard of in the past. The best result of the season is how the racers’ skill levels improved in both driving and repairing their trucks when necessary. All of these factors equate to the best racing season in the history of the club.”

The summer racing season will begin on May 3 at 8 a.m., and will continue through Sept. 15. Dave Doughty will be filling the role of race director. For additional information, visit the club website at www.sites.google.com/view/rrrc.