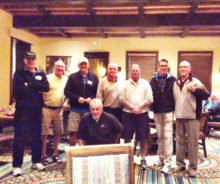 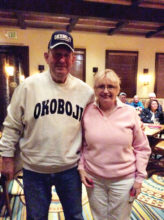 The putting league is becoming a very popular way for residents to spend every other Thursday afternoon. Despite holiday plans and chillier temperatures, we had 72 (November 9) and 53 (December participants). Results for each of the events were as follows:

The next event was held on Thursday, December 21. Sign up at the pro shop to participate with your neighbors; it’s fun as well as a great way to improve your putting skills.