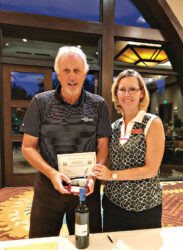 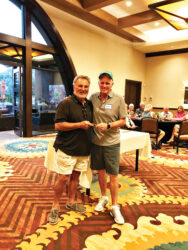 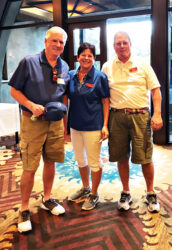 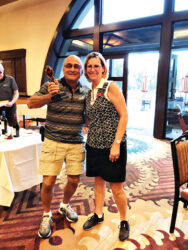 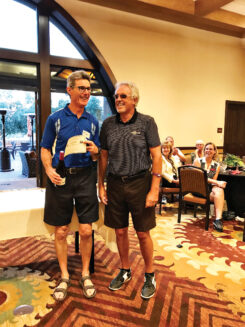 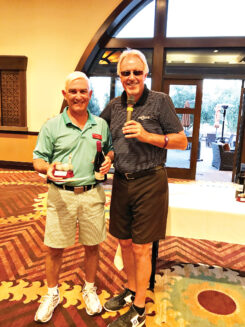 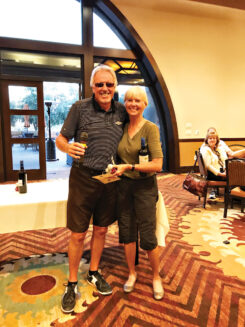 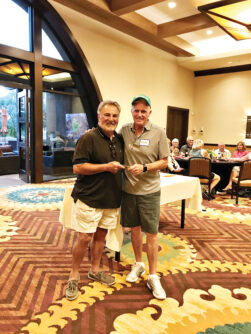 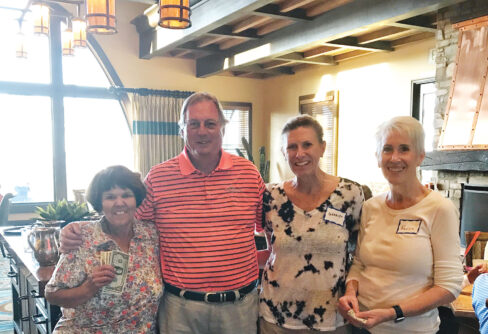 The Robson Mixed Putting League has been enjoying our unseasonably warm weather this winter with lots of return putters, and they’re bringing new folks in with each event. The January 18 game was a team event and the winners were Mary Pryor, Gloria Lamere, Mona Rod and Kandis Larkey (net, first place, $12 each), Stan Lukasik, Tom Osoba, John Fischer, and Larry Kraus (net, second place, $9 each). Individual gross was won by Lee Thompson (first, $11). Individual net was won by Kandis Larkey ($11). The money hole was a tough one, but four people managed to make that difficult putt-congratulations to Gloria Lamere, Kandis Larkey, Geralyn Osoba and Craig Spittel ($24 each). Beat the pro was won by Terry Kumbera and Lee Thompson ($22 each).

After our February 1 event, the group enjoyed their first annual gala dinner. Eighty people enjoyed the dinner and the following awards were given:

Most Holes in One: Nick Pike

Special thanks to Benjamin, Sarah, Heather and staff at the grill for the wonderful meal and excellent service! Our next putting event will be Thursday, February 15. Sign up at the pro shop to join in the fun! You don’t have to be a golfer, just bring a putter, a ball, and join in the fun with your neighbors!