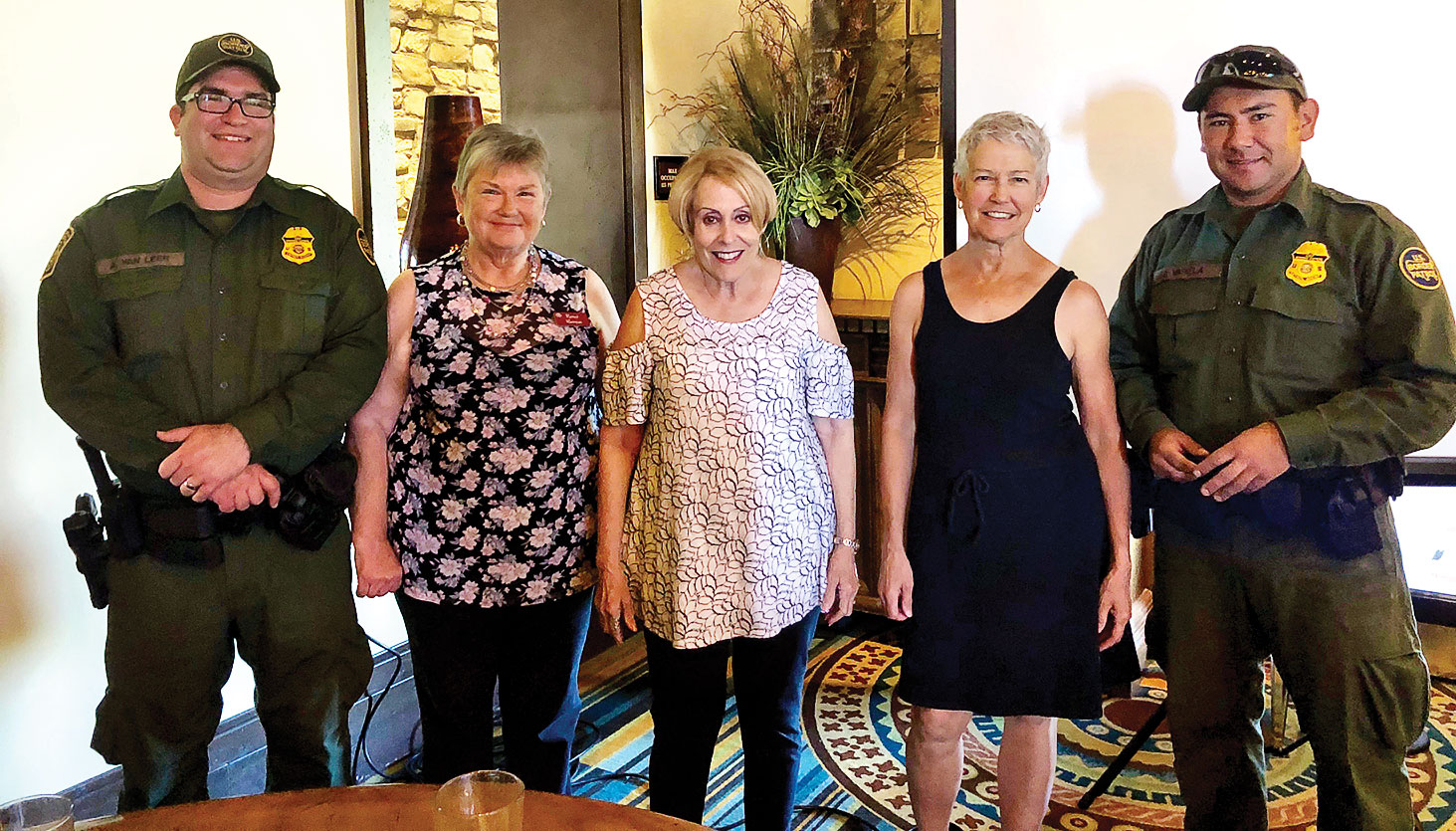 At our April luncheon, two Border Patrol Officers spoke to the Ladies’ Club. Jay Varela and Andrew Van Lear presented an extremely interesting and informative slide show about their daily responsibilities as workers in the Tucson Sector.

In Arizona, there are 262 linear miles of border. Along this border, there are nine stations and 12 customs checkpoint operations using canines to look for drugs and concealed humans.

All agents have EMT training and speak some Spanish. Some have served in the military, fire departments and sheriff departments. Besides apprehending illegal aliens, they often rescue them from near death circumstances. They explained that the smugglers wear carpet-soled shoes to prevent tracking and often illicit the use of children to do the smuggling. Many times, they have to climb high mountains to apprehend these criminals.

It is not their job to decide who gets to stay in the USA or who leaves. Their job is only to make the apprehension.

In addition to securing our borders, agents get involved with the local communities through their First Responders Program, Angel Tree, Citizens’ Academy, Operation Detour and See Something, Say Something Program.

The Robson Ranch Ladies Social Club’s mission is to provide opportunities for the social interaction among all its members who are residents of Robson Ranch Arizona, to provide philanthropic donations to our community and to educate ourselves about our local area/region. We are always happy to welcome new members to the club.

We meet the second Monday of the month at 11:00 a.m. in the restaurant. Reservations are required. Please RSVP to Geri Nagy at [email protected]