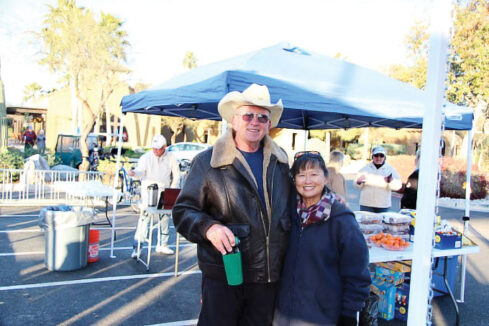 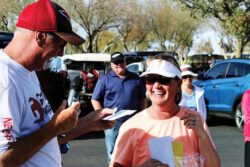 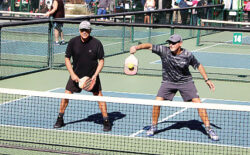 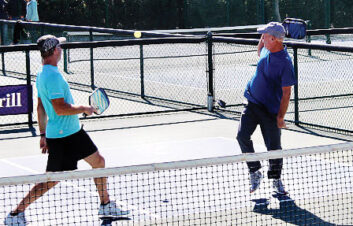 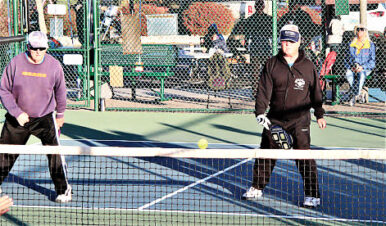 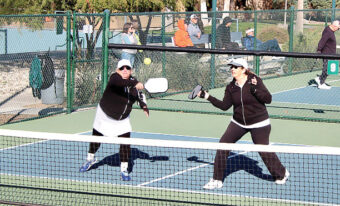 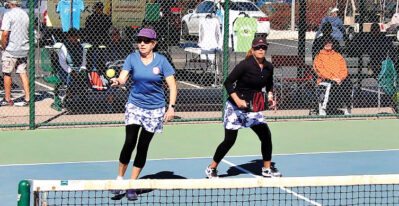 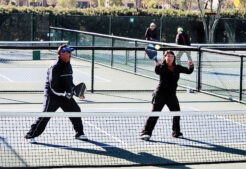 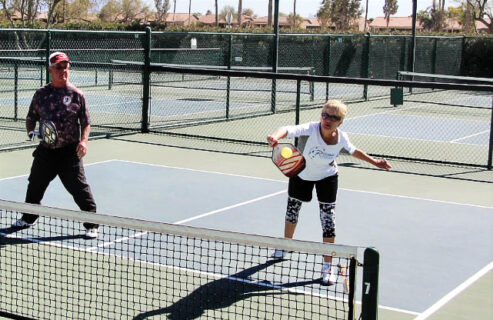 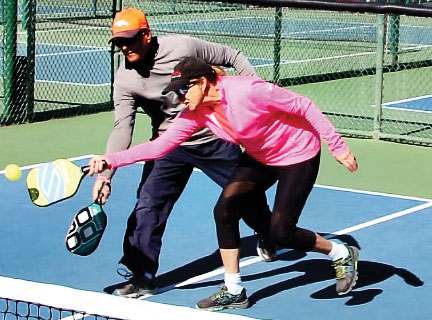 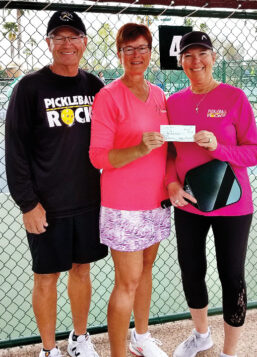 $260 donation to C.O.R.R. from the Pickleball Rocks booth sales.

The 2019 Robson Ranch In-House Pickleball Tournament was held Monday, February 11 and Tuesday, February 12. Skies were blue and sunny but the thermometer was on the low side. There were 155 members who participated with Men’s and Women’s Doubles held on Monday and Mixed Doubles held on Tuesday. We had 106 teams and 215 matches. Winners were:

Tournament director, Ken Betuel, and co-director, Will LaHousse, did a great job making sure this was a great tournament. Their volunteers did a super job and can’t be thanked enough for the work they did to make the tournament successful. We ended the tournament with a pizza party and door prize drawing. Door prizes were donated by Olive Garden, Cook-E-Jar Restaurant, Mi Amigo Ricardo Restaurant, JB’s Restaurant, Cracker Barrel, Buffalo Wild Wings, CVS, Robson Ranch Golf Shop, Robson Ranch Grill, Lois Moncel/Fitness Center, Massage Therapist Ronda Robertson and NAPA Auto Parts. Gift certificates were also given from Cracker Barrel, Olive Garden, Buffalo Wild Wings, Eva’s Mexican Restaurant, Subway, Dairy Queen, Walmart and Robson Ranch Grill. All together 116 door prizes were given out. The Pickleball Rocks booth donated $5 from each apparel sale to C.O.R.R. which resulted in a check for $260. Look for them at the next Robson Ranch tournament where they will be once again be donating $5 for each piece of apparel sold.

If you are interested in joining the pickleball club or just want to see what the excitement is all about, come on down to the courts any day of the week and ask about it. Members are more than willing to help new enthusiasts learn about such an enjoyable sport. You can also find more information at the Robson Ranch Pickleball Club website at http://robsonrancharixonapickleball.webs.com.