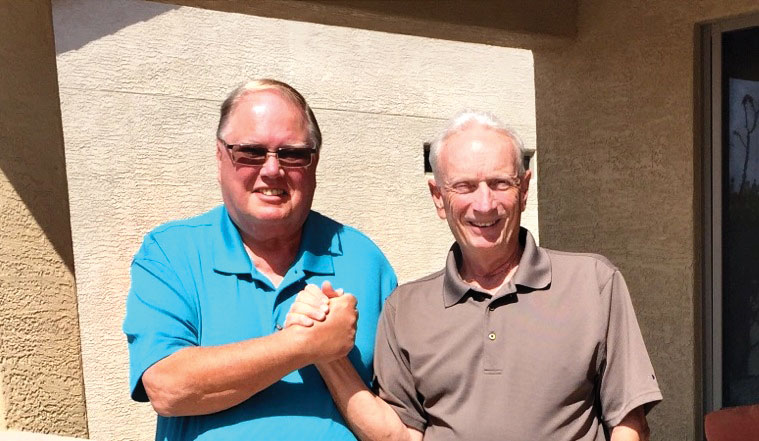 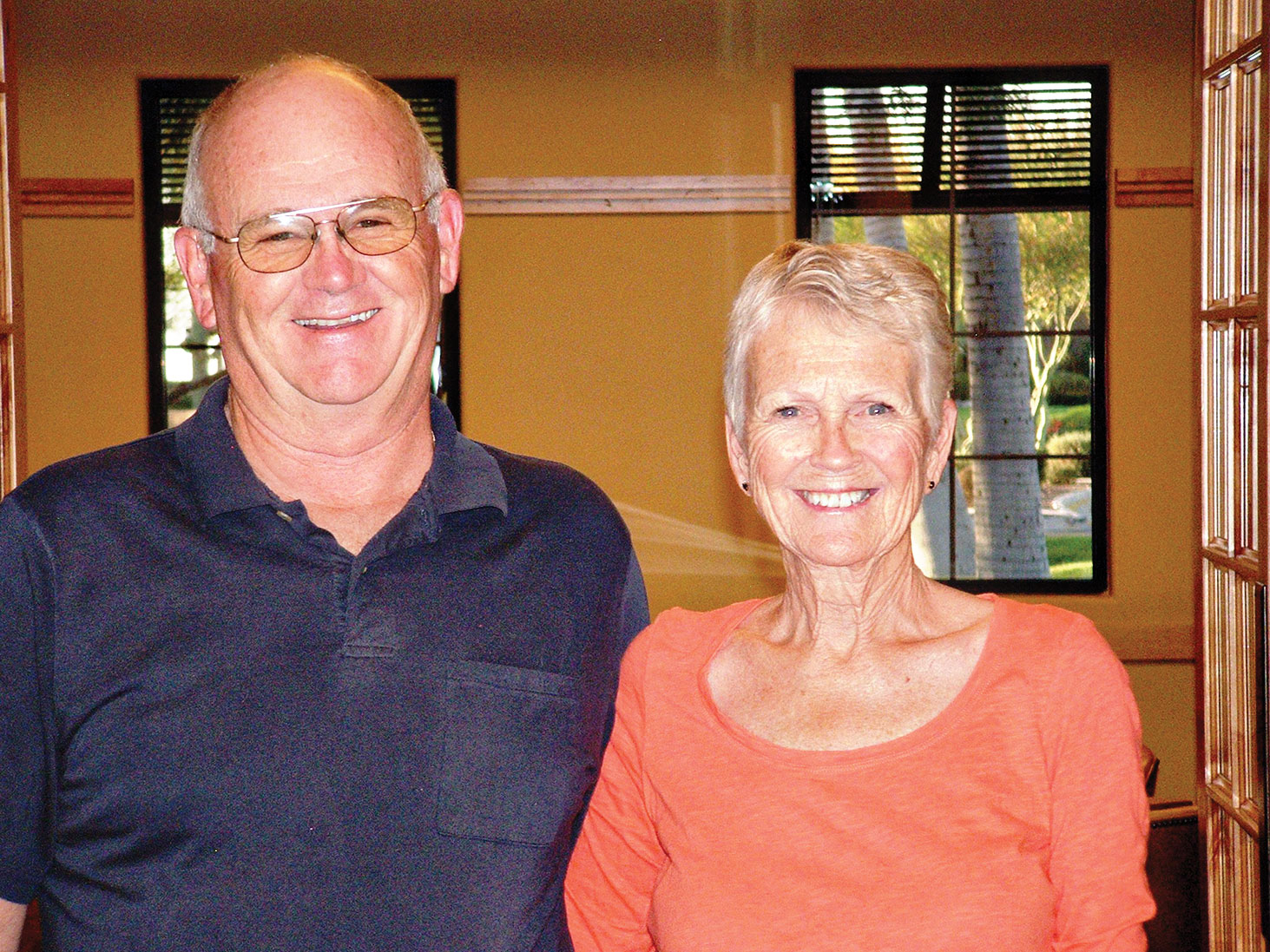 The Pinochle Club at Robson Ranch recently announced the results of the 2017-2018 Pinochle Marathon. Teams of players competed from January through April in matches held in the host couple’s home. Play consisted of 16 hands per match that resulted in scores ranging from 287 to 1,038 points. All play used double decks.

The 1st place team was John Telech and Mark Taube with an average of 808.2 points per match. The 2nd place team was Larry and Julie Kostroski with an average of 790.2 points per match. John and Mark took first place on the last hand in the Winter Marathon this year. They bid 75, melded 66 but finished with only 21 counter points. Had Larry and Julie scored two more points, they would have set John and Mark and would have been in first place. Rick and Nancy Taylor finished 3rd with a 716.2 point average.

If you are interested in learning to play pinochle, the club has instructors available on Friday evenings from 6:30 to approximately 9:00 p.m. from early October through the end of March. The Pinochle Club meets in the Sports Center and generally plays double deck four handed but also teaches both triple deck, five and six handed so that any sized group can be accommodated. During the summer, club members also meet on Fridays to get in some more games with this friendly group of players.

Lastly, if you already know how to play, the Pinochle Club also meets on Monday evenings year-round from 6:30 to 9:00 p.m. in the Sports Center. The Pinochle Club is chartered through RR. Additionally, we do not play for money. Participation in the club is based on a “first come, first serve” basis due to limits on seating and decks of cards. The officers of the club are Larry Kostroski, John Fischer and Clyde Smith. If you have any questions, please call Larry Kostroski at 520-421-2129.