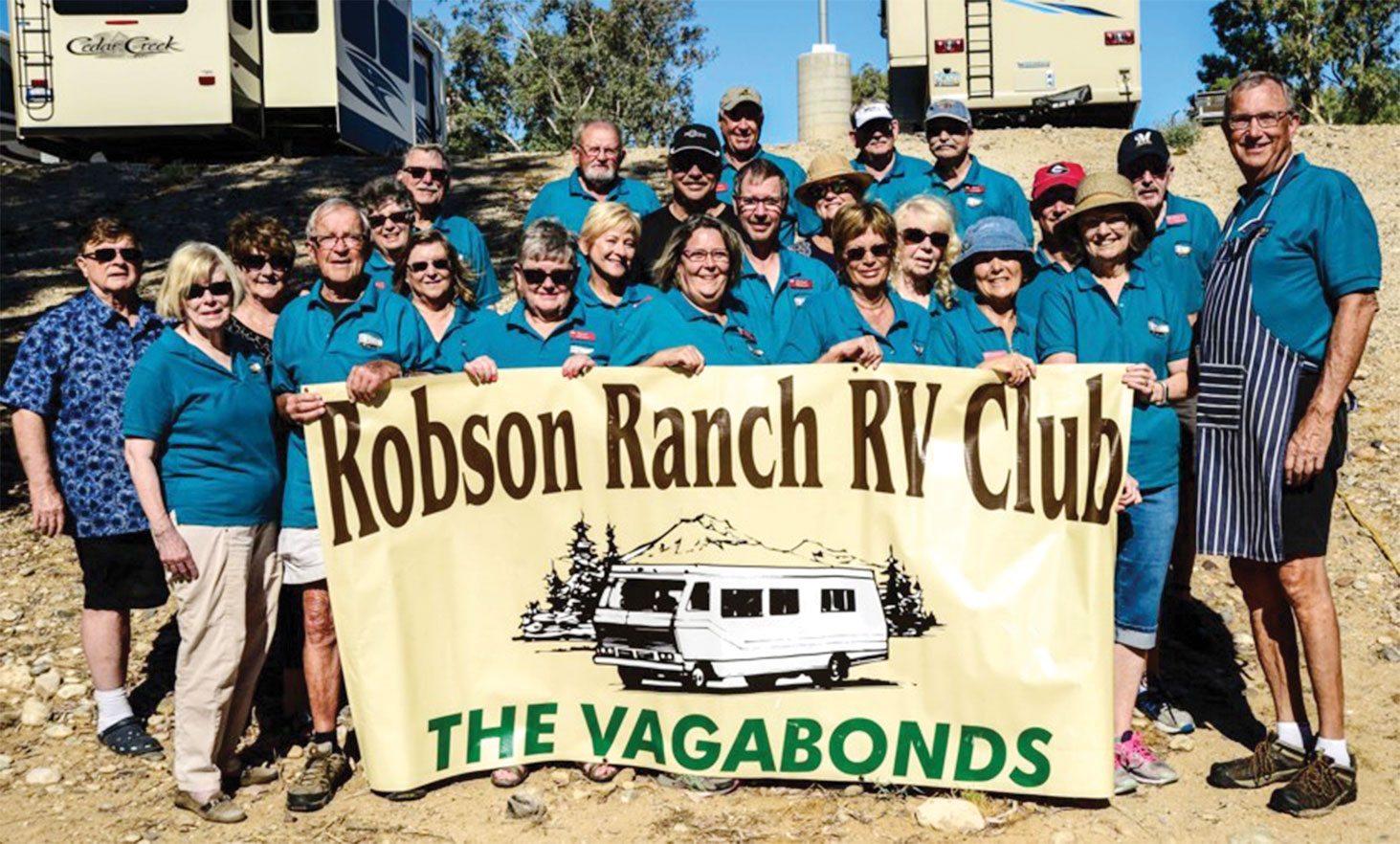 On April 13, 2019, 13 Vagabond RV couples loaded up their rigs and headed out for Laughlin on the Colorado River. They stayed at the Riverside RV Park and strolled along the Laughlin Riverwalk that night for refreshments and dinner. Three more rigs arrived the next day and the rally started with a “meet and greet” happy hour. It was complete with drinks from the turbine-powered margarita machine. There was quite a bit of wind, but our stalwart travelers sat outside and shared heavy appetizers before calling it a night.

Monday morning found several of the club members wielding their “daubers” during semi-professional Bingo at the Riverside Casino. The numbers were called so fast that only the nimblest minds could fathom both the type of game and daub the correct numbers. Rebecca McKinney rose to the challenge and won a jackpot. Late in the day, it was so windy outside that the Wagon Masters, Jim and Clare Law and Greg and Veronica Long, decided to serve the catered Italian dinner in three different rigs.

The next day, one group went to the Colorado River Museum and another enjoyed a ride up the Colorado River on the USS Riverside excursion boat. In the afternoon, they switched places. That night a few couples had reservations for the Riverside fine dining experience and others spread out on the “Laughlin Strip” or had dinner in their rigs – it was still windy. On Wednesday the men used their “Free Buffet” tickets for lunch and toured the Don Laughlin vintage car collection. The ladies enjoyed seafood at Bubba Gump’s on the river and did some shopping. Nearly everyone had reservations that night for the Riverside prime rib buffet; no one went away hungry!

Thursday morning the men prepared a sumptuous buffet for the ladies and the group picture was taken. Even though it was still breezy, our adventurers headed out to explore the quaintly rundown town of Oatman and other venues. The last evening was spent together at a nearby Mexican restaurant before the travelers hitched up their trailers, tied on their tow cars and drove safely back to Robson Ranch – where it was still windy.