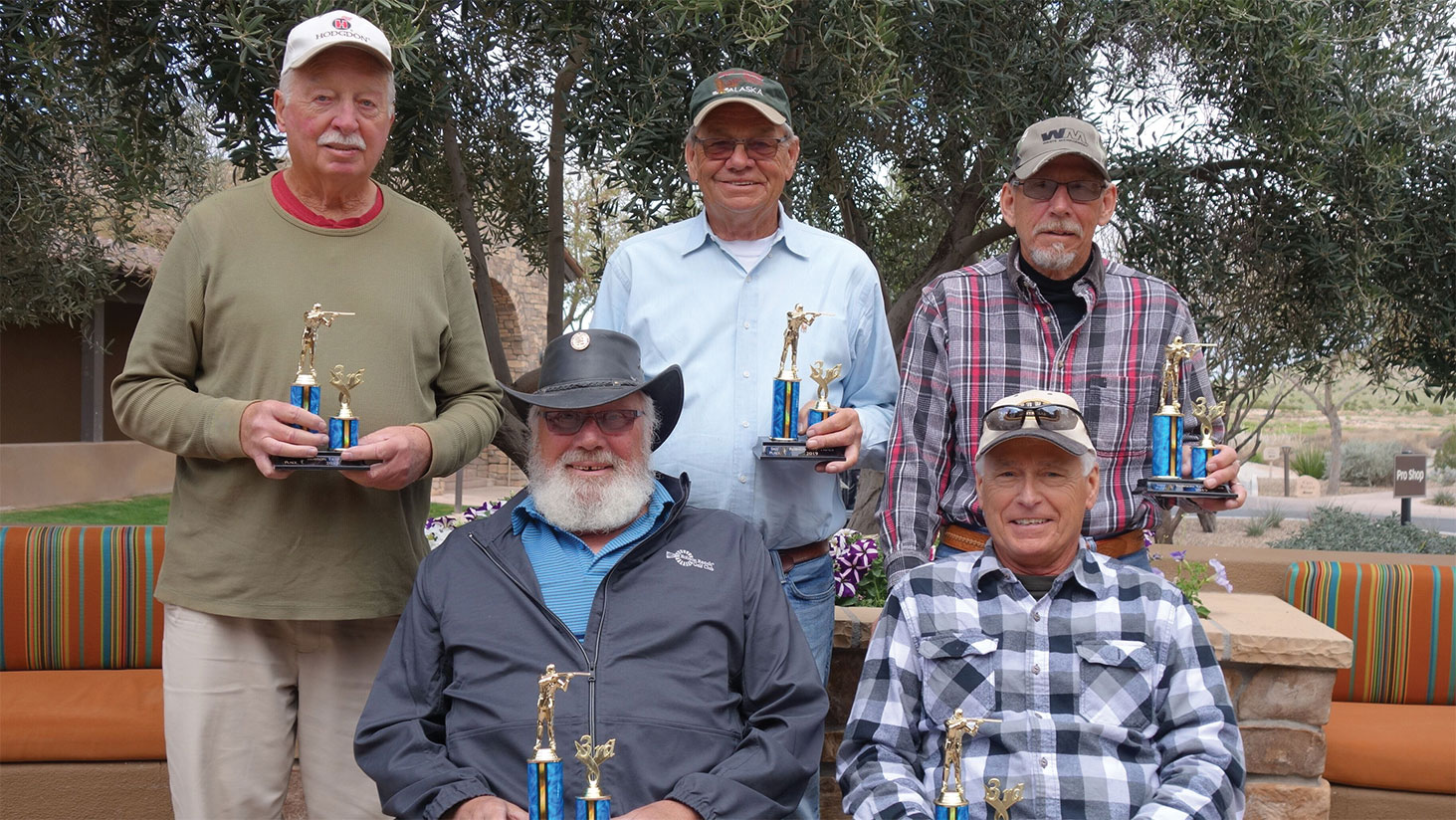 Immediately following the competition, an awards banquet was held in the ballroom’s Hermosa Room here at the Ranch. Thanks goes to Heather and her staff who worked hard to make this a successful banquet. Our very own Robson Ranch team came in third place, which is led by team captain, Ron Schroer. He also won the top individual shooting award! Way to go, Ron! Congratulations to everyone who competed and especially to our team!