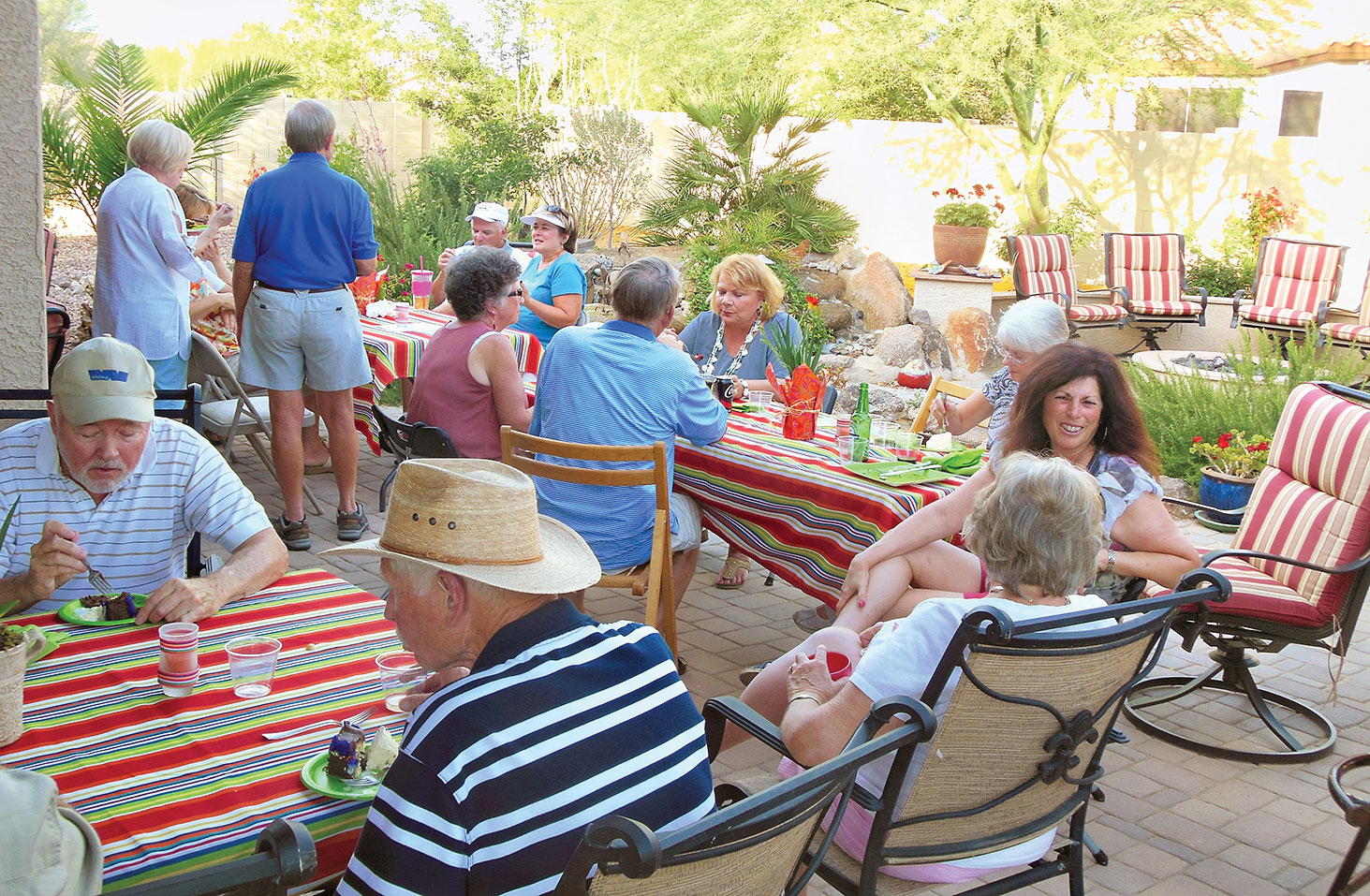 Club members enjoying the evening and each other’s company 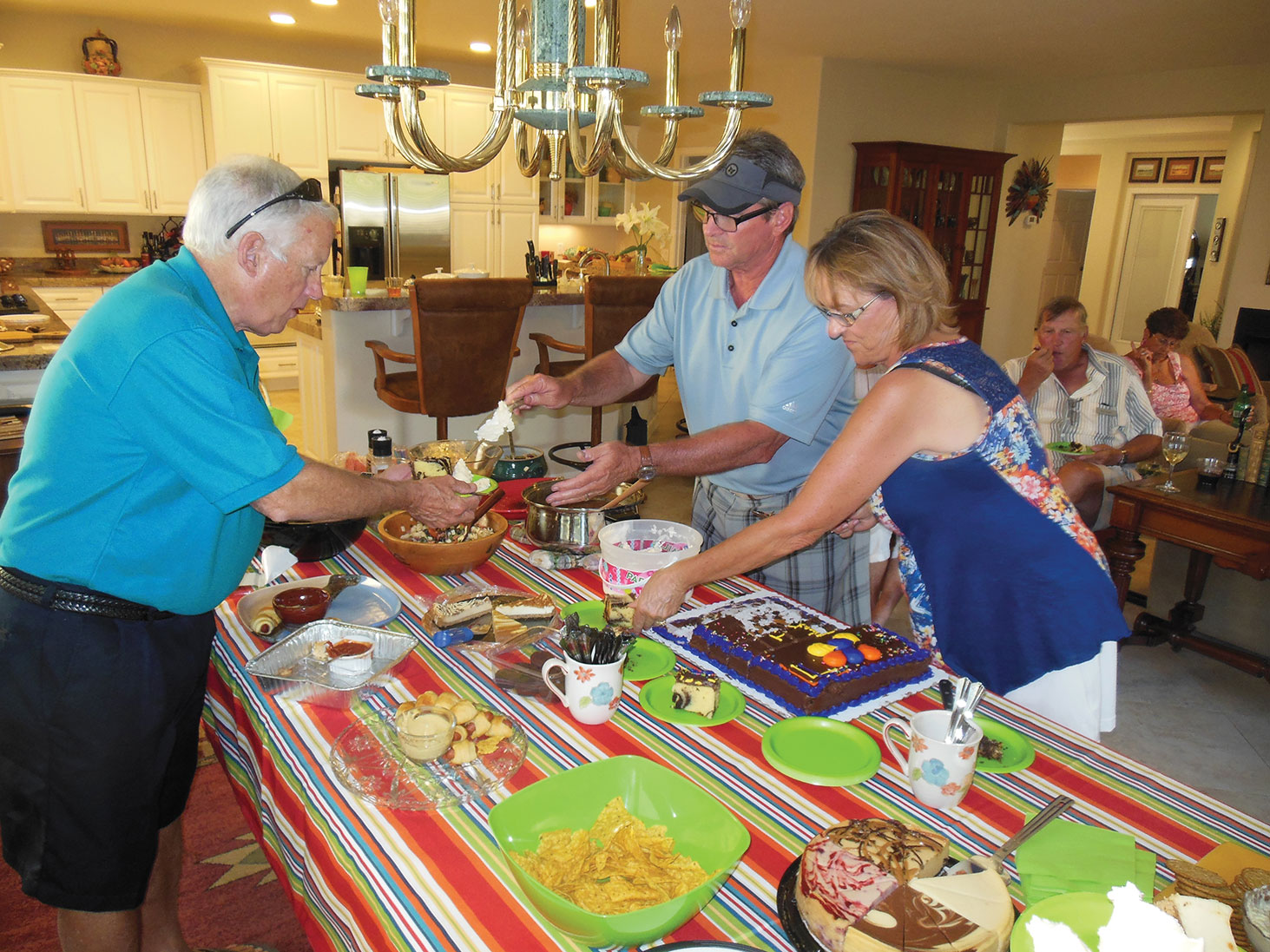 Bob Burton, Jeff and Layne Jones dishing up the cake and ice cream.

On May 1, 36 members of the Robson Ranch Vagabond RV Club gathered for their season-ending potluck party held at the home of Ken and Joan Sidles. The Margarita machine was manned by Dard Price, and as usual there was an abundance of food and drink. Many thanks to Ken and Joan Sidles for offering their home for the event and putting together a fine evening. Although most of the evening was for fun and visiting as well as discussing summer plans, time was taken to announce the club’s officers for the coming season. Bob Burton will be the new president, Diana Morse the VP, Mary Burton, secretary, Dard Price, treasurer and Richard Harris the member at large.

Jim Law, our activity coordinator, briefly presented the schedule for the coming season beginning with a trip to Rocky Point in November. Also considered is a trip to San Diego as well as a rally to the Flagstaff area.

If you’re an RVer, please consider joining the Vagabonds. New members pay no dues the first year and $10/rig each year thereafter. Meetings are held the first Friday of each month beginning with our first meeting of the new season in October.