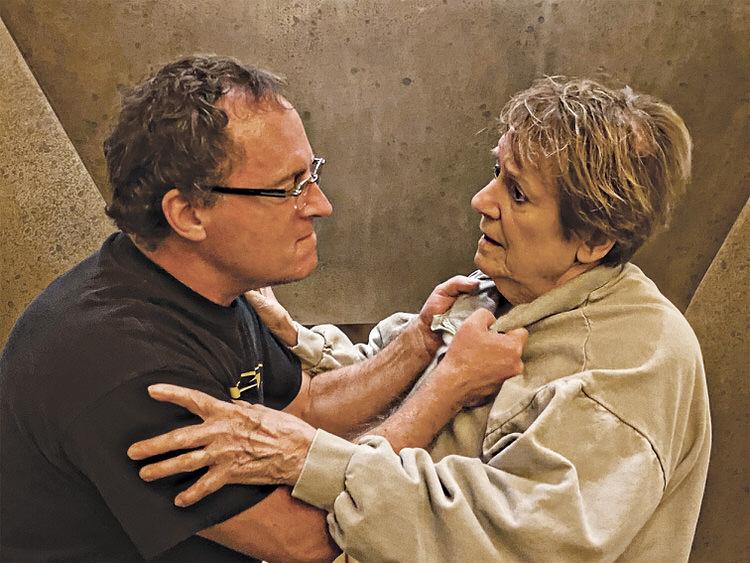 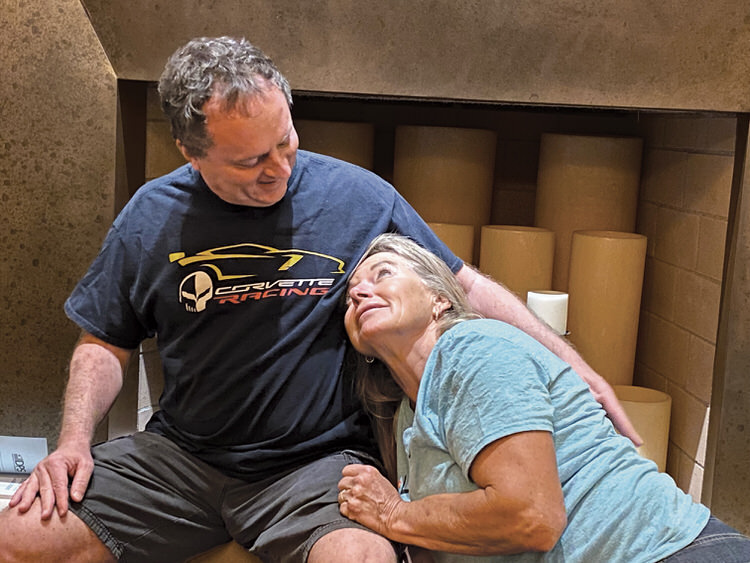 Did you know Robson Ranch has a theater club? The Theater at the Ranch Club was established in 2020, and the club is putting on its first play! The club currently has about 35 members. Officers include Deborah Dorman, president; Karen Dielmann, vice president; Linda Wheeler, secretary; and Connie Barber, treasurer.

The club’s first show will be Sylvia, a play written by A.R. Gurney for Sarah Jessica Parker. At the Ranch, Sylvia is having its first run on Feb. 3, 4, and 5. This two-act play has a cast of six. Sylvia tells the tale of a couple living in New York City in the 1990s. Their kids are at college and the husband, Greg, played by Mitch Smith, is having a midlife crisis. His wife, Kate, played by Bobbie Sundstrom, is a career woman with a master’s in education. Greg, unsatisfied with his job and seeking purpose, brings home a stray dog, and a “love affair” begins, as well as the conflict with Kate, who does not want a dog in their life. Janet “Tizer” Finer plays Sylvia and depicts the dog’s funniest and feistiest qualities in all her glory. Other characters include the psychiatrist played by Sheryl Mercado; Tom, the “guy in the park,” played by Sue Brockhoff; and Phyllis, a high society friend of Kate’s who has a “bit of a drinking problem,” played by Karen Dielmann.

Deborah Dorman, Theater at the Ranch president, says “the venue at Robson Ranch is a challenge due to the multipurpose nature and frequent use of the ballroom, and is a big adventure not only for the club, but also the HOA and residents.” Robson Ranch has not had a theater group prior to this. Deb says she is very excited that the group is finally in rehearsals for its first play. Deb has been active in theater all her life and had the goal of forming a theater group in retirement. Now, Deb is finally seeing her retirement dreams come to fruition. She added, “It is so exciting to be working with this talented, committed cast and a crew of 20, many of whom have not tried anything like this before.”

Tickets for Sylvia will go on sale in the Sports Center on these days:

Tickets are $10 each in advance or $15 each at the door on the evening of the show. Watch the Mid-week Scoop for details. The play will be performed in the Hermosa Ballroom with showtimes on Feb. 3 and 4 at 7 p.m. and a matinee on Feb. 5 at 3 p.m. Please note that the play contains colorful language and may not be suitable for children. Discretion is advised.

The theater club is open to all residents at Robson Ranch and is actively looking for members. Contact Deborah Dorman at [email protected] to join or for more information.