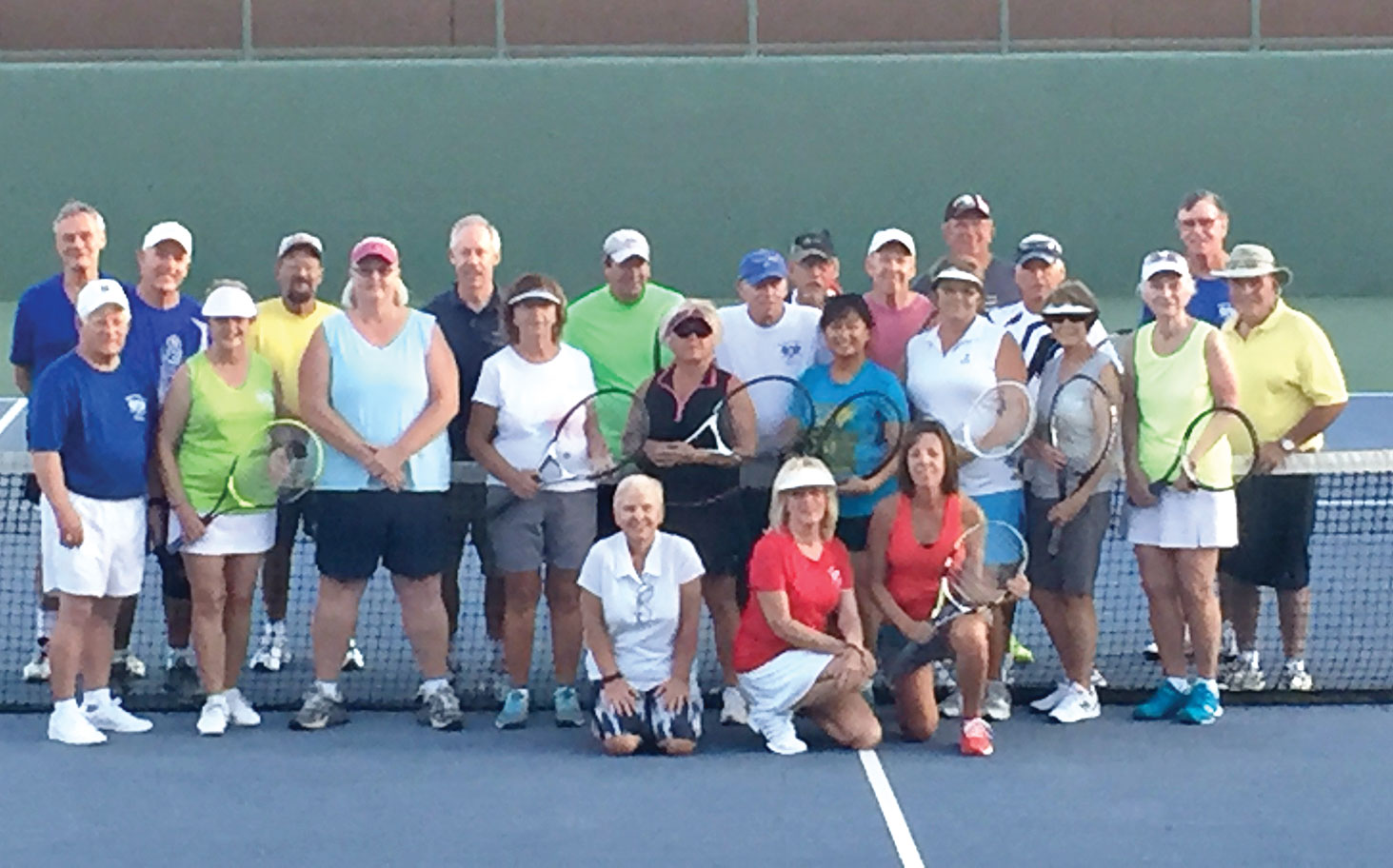 The Tennis Club at Robson Ranch celebrated the opening of the fall season in grand fashion starting Friday, October 20. Friday Night Social had tennis players of all levels play a social round robin format followed by a pizza party in the Fireside Room for all club members and their spouses and significant others. Several new residents came to play as well as many returning from the summer players.

On Saturday, November 4, members traveled to SunBird Community in Chandler for our annual Saturday Social Mini-Tournament. Players competed in women’s doubles, men’s doubles and mixed doubles. The winner of the set was the team who won more games in the 60-minute set and was awarded two points. If the set ended in a tie, each team was awarded one point. Lunch is served where players from both communities can socialize and discuss strategy! At the end of the afternoon Robson defeated SunBird 16-12, but everyone had a wonderful time!

If you are interested in returning to tennis play and/or in joining the club, check out the bulletin boards for the Tennis Club, which are located outside the Sports Club. Contact one of the executive board members who can help you get started.