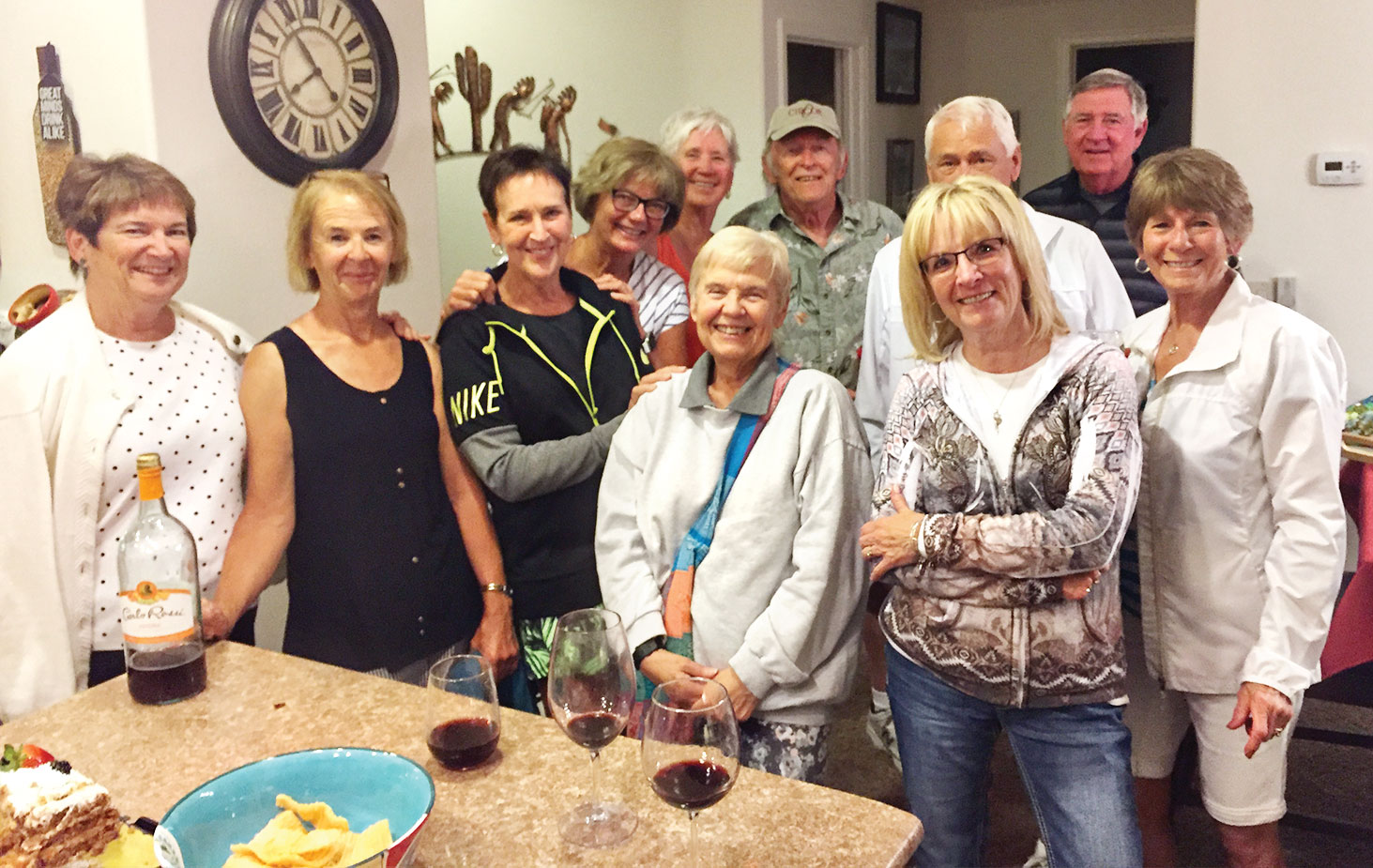 On Friday, April 12, the Tennis Club held a Friday Night Social tennis event. Players were assigned to courts to play the first round; in two hours, everyone was able to play at least four games with eight different players. After the two hours of tennis, everyone gathered at the home of Dave and Jan Kinley for pizza provided by the club, salads and desserts provided by the members and to hold a general membership meeting to elect three offices of the executive board for the 2019-2020 fiscal year.

The Spring Open was held on Saturday, May 4. Players were divided into two teams, eight players to a team. After playing the first six-game set, a ladder format mixed the players among one another. A potluck social was held at the home of Tom and Barbara Sewell.