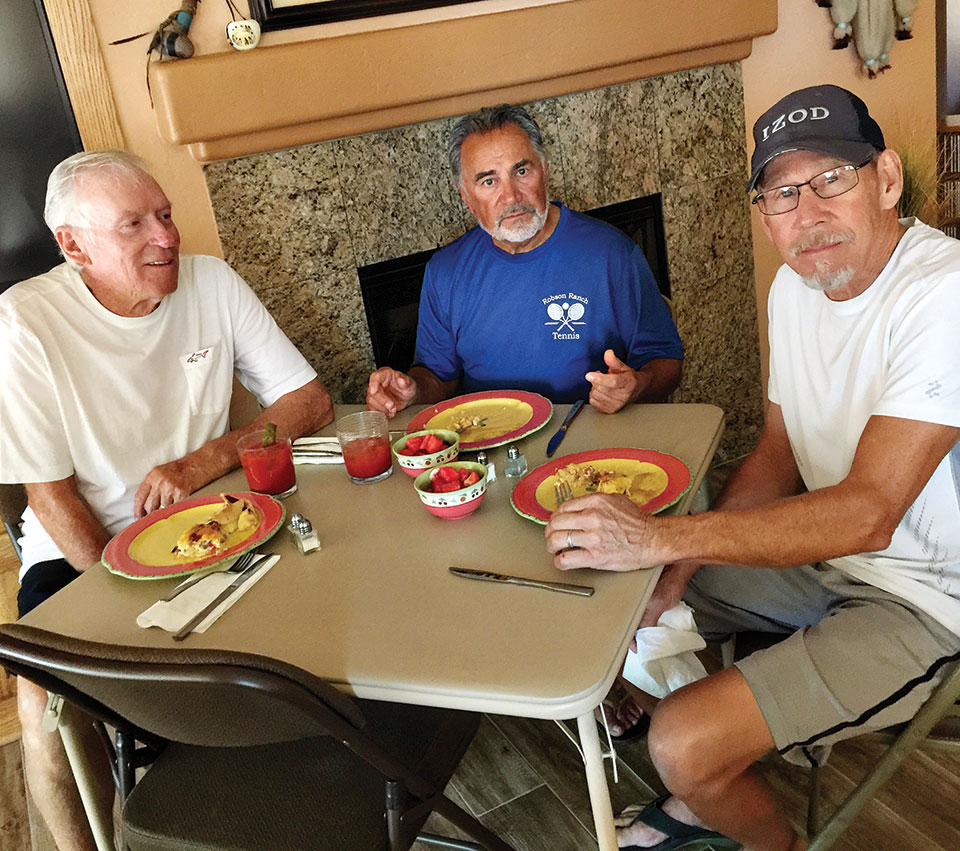 Clyde Smith, Stan Lukasik and Paul Gayer at the brunch 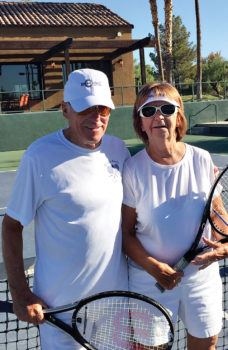 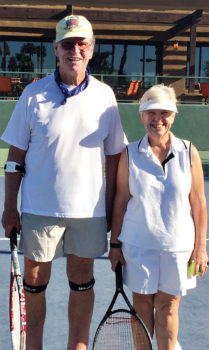 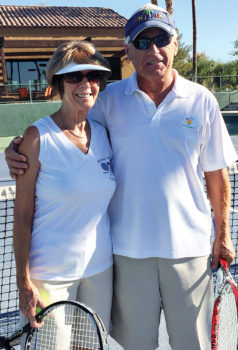 Wimbledon, a Grand Slam Tennis Tournament, started Monday, July 3, 2017, at All England Lawn Tennis and Croquet Club in Wimbledon, London, England. Although last year’s women’s singles champion, Serena Williams, will not be playing; all eyes are on the men’s singles champion, Andy Murry, to see if he can defend his title. Even players at Robson Ranch will be watching the matches on TV, especially as the finals get closer.

On Saturday, July 1, members of the Tennis Club at Robson Ranch took the courts at 7:30 a.m. wearing all white, which is the tradition of Wimbledon. As always the play was somewhat competitive as they played social round robin format.

At 10:00 a.m. the morning’s players, those who couldn’t play but were there in spirit, and spouses met at the home of Paul and Linda to have brunch and watch a previous year’s men’s finals match with Djokovic playing against Federer. Afterwards each person was given a card to predict this year’s winner of the men’s singles and the women’s singles from the ranked players and a “dark horse” possibility. Points will be given to those whose predicted player gets to the quarterfinals, semifinals and then finals. Additional points will be awarded if the player is the champion! Good luck to all!

So who is your favorite tennis player?