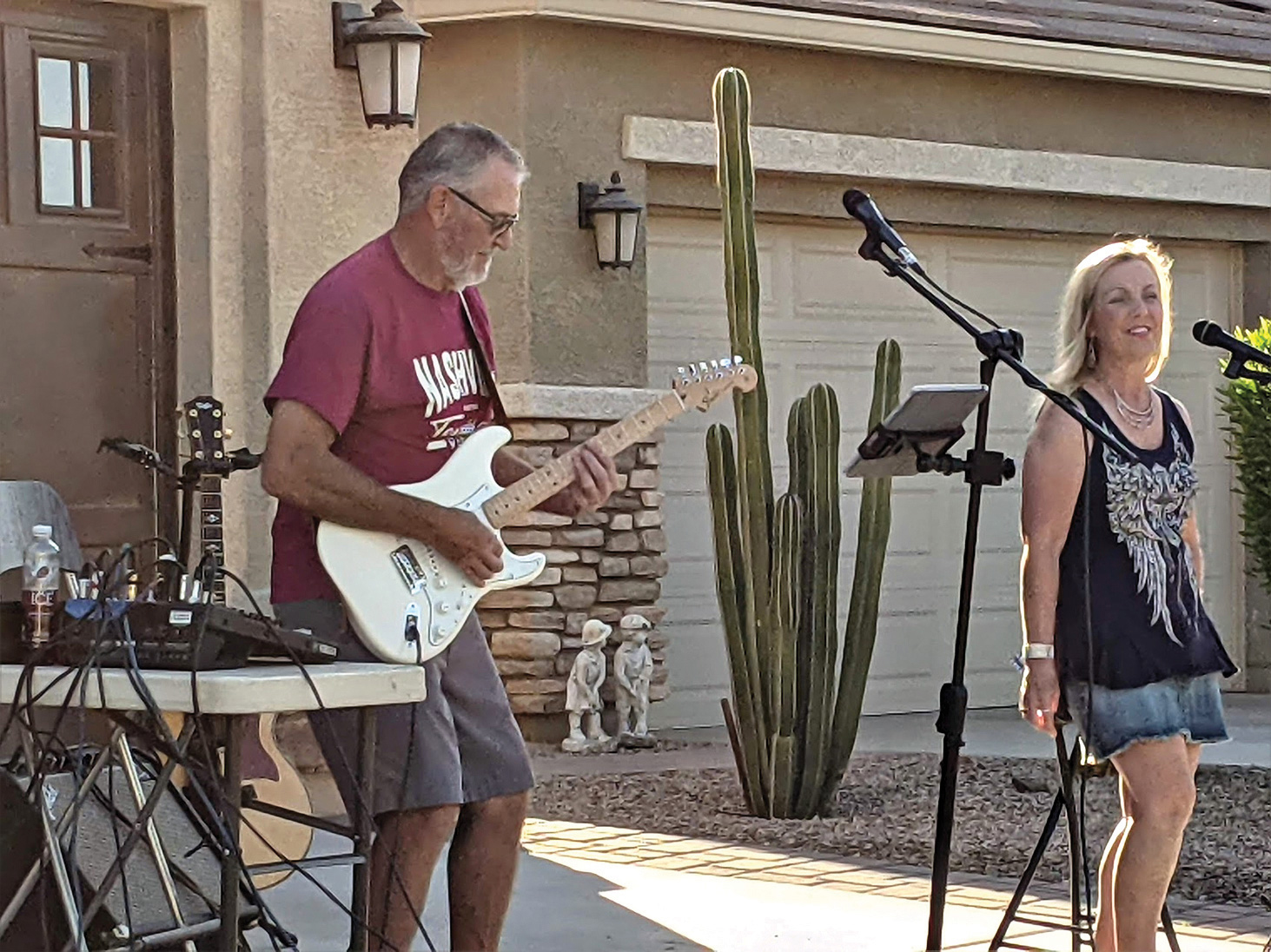 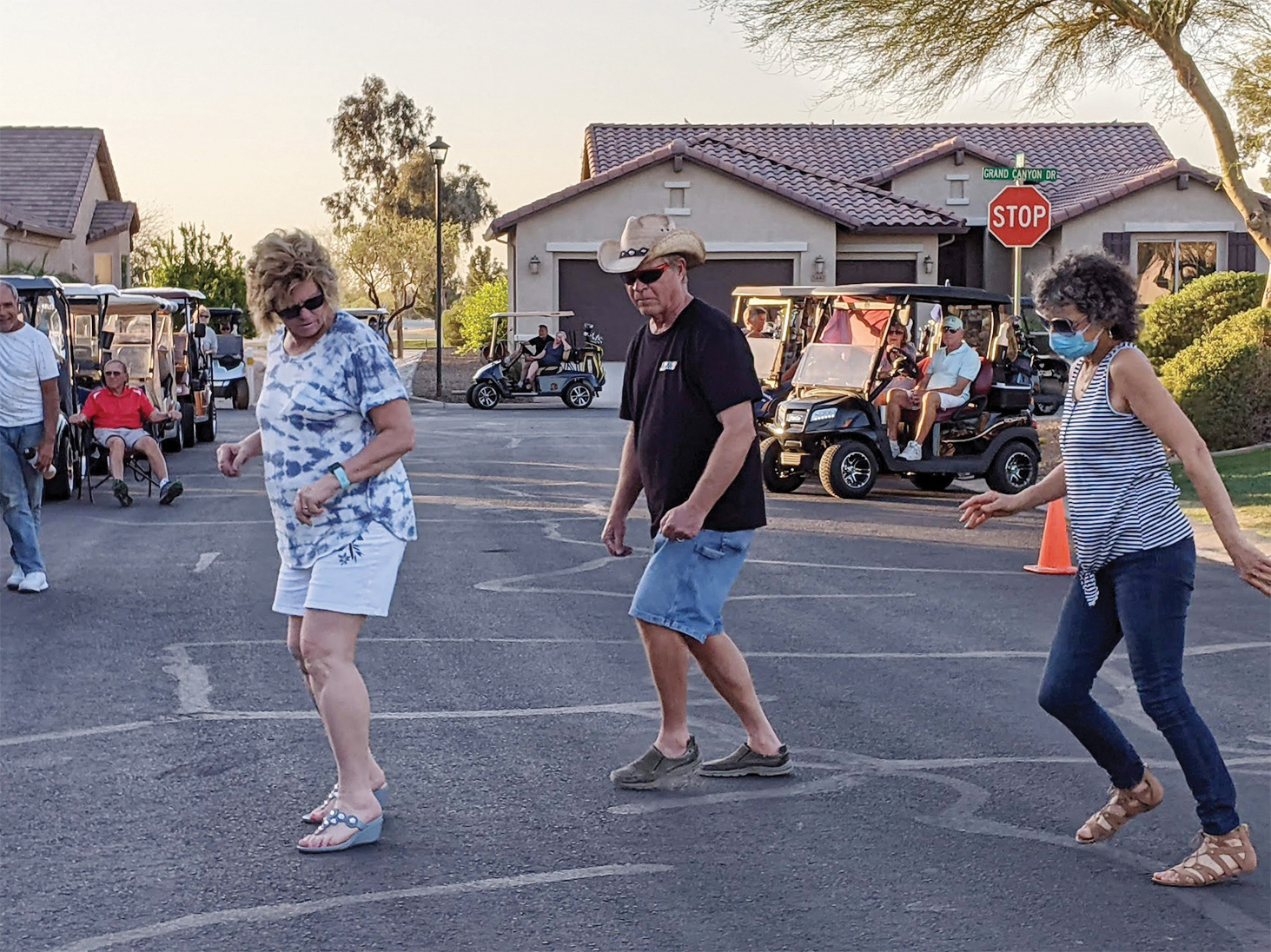 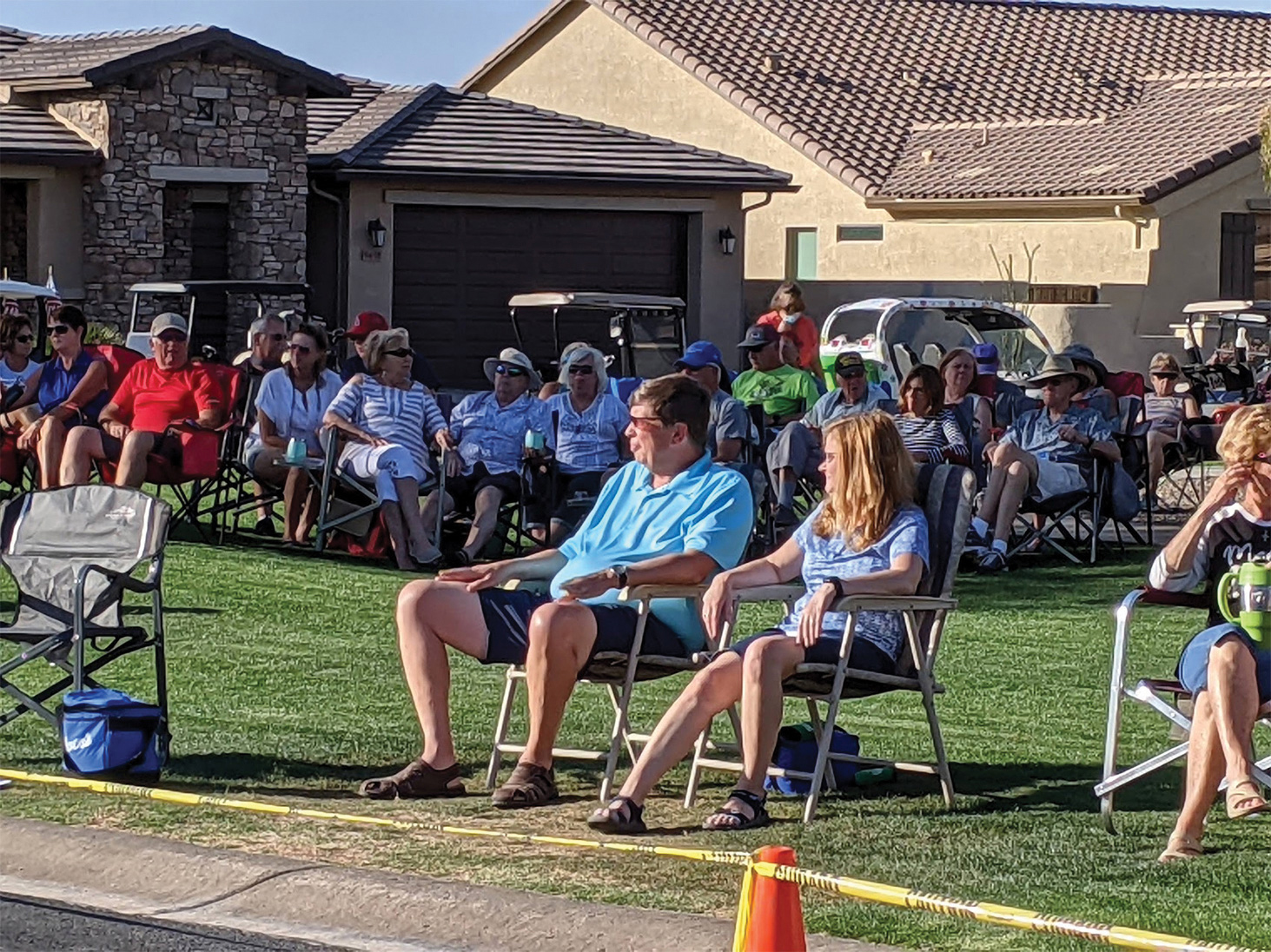 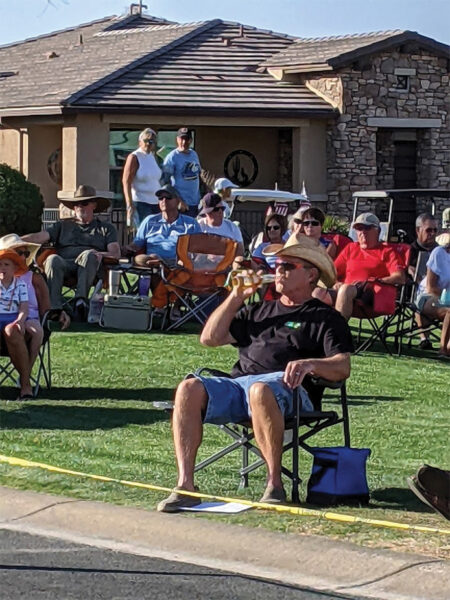 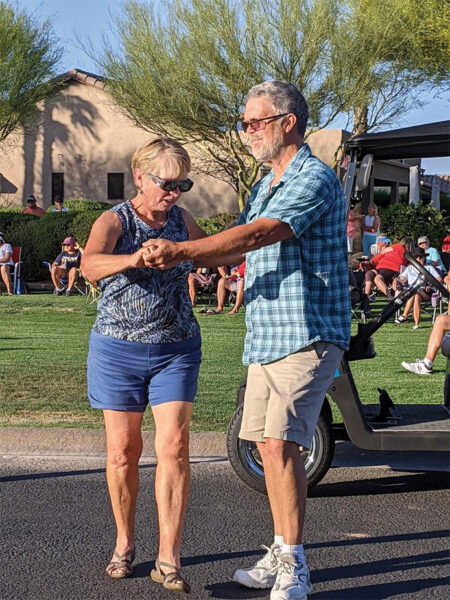 Robson’s own “Sierra Sound” hosted a successful street dance on March 31, for over 250 Robson residents. The dance was held in the pocket park at the intersection of Grand Canyon and Adobe. The weather that evening was perfect and folks came out with their chairs and coolers to enjoy the live music. With COVID-19 bringing entertainment at the Ranch to a halt, residents were anxious to get out and meet with friends again. The band would like to thank Steve and Vickie Watkins for allowing them to perform in their driveway.

The band, now in its fifth year, is made up of Ken Muhlbeier on electric and acoustic guitar and Kim Gibbs as the vocalist. Ken also produces their backing tracks with other instruments such as drums, keyboard, and even horns to give them a full band sound. Kim works hard on recording her own harmonies as well as backup vocals. They have amassed a playlist consisting of over 200 songs including various types of music from several different genres including soft/classic rock, country, disco, and easy listening. They are dedicated musicians who practice diligently so they can feature artists like The Eagles, Van Morrison, The Doobie Brothers, Carrie Underwood, Linda Ronstadt, Donna Summer, Norah Jones, Shania Twain, Brian Adams, Foreigner, and Queen.

Sierra Sound often performs in the Tack Room and on the Hermosa Ballroom patio at Robson Ranch several times a year. However, due to COVID, this season has been a challenge. They have managed to branch out and find a few new outdoor venues including the Pita Patio Grill and the VFW both in Coolidge, Ariz.

You can follow them on Facebook at sierrasoundeloyaz or on YouTube at sierra sound casa grande az as well as on Nextdoor under the groups category on the left side of your screen.

Sierra Sound appreciates everyone’s support this year and looks forward to performing for you again at Robson Ranch and surrounding areas this fall beginning in October. They will have several new songs ready for you as they continue to grow their playlist over the summer months.