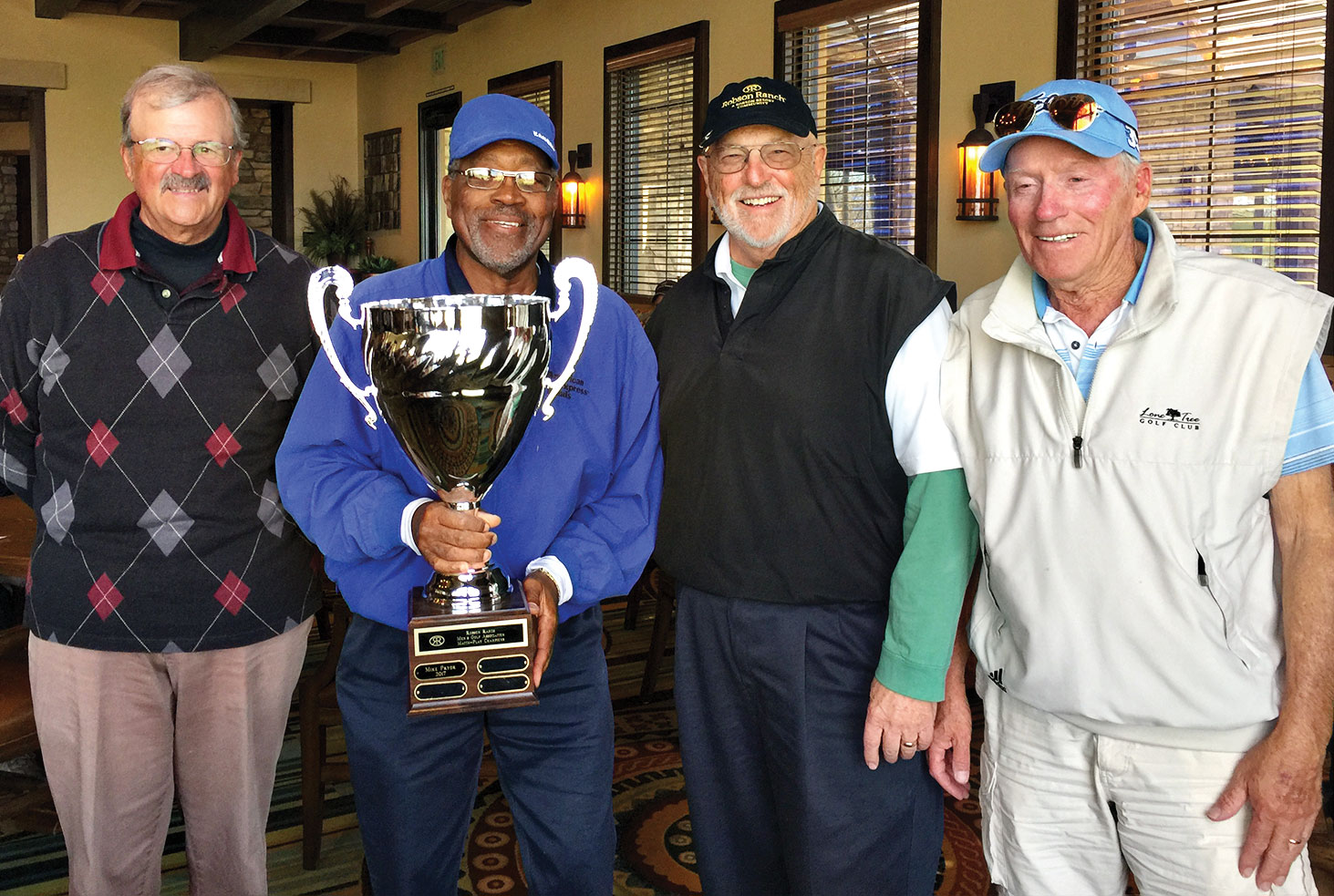 The end of February was also the end of the two-month annual match play tournament. The tournament began with 64 players in early January and ended with the final four playing for the right to claim the champion’s trophy! The matches were played in the same manner as the March Madness NCAA basketball tournament with a player in each match either advancing to the next round or being eliminated. In addition to the match between the two finalists on February 28 a match was played that same day to determine the third and fourth place finishers. The winners were as follows: Joe Miller, First Place and Champion; Clyde Smith, Runner up and in Second Place; Dick Christopher Third Place.