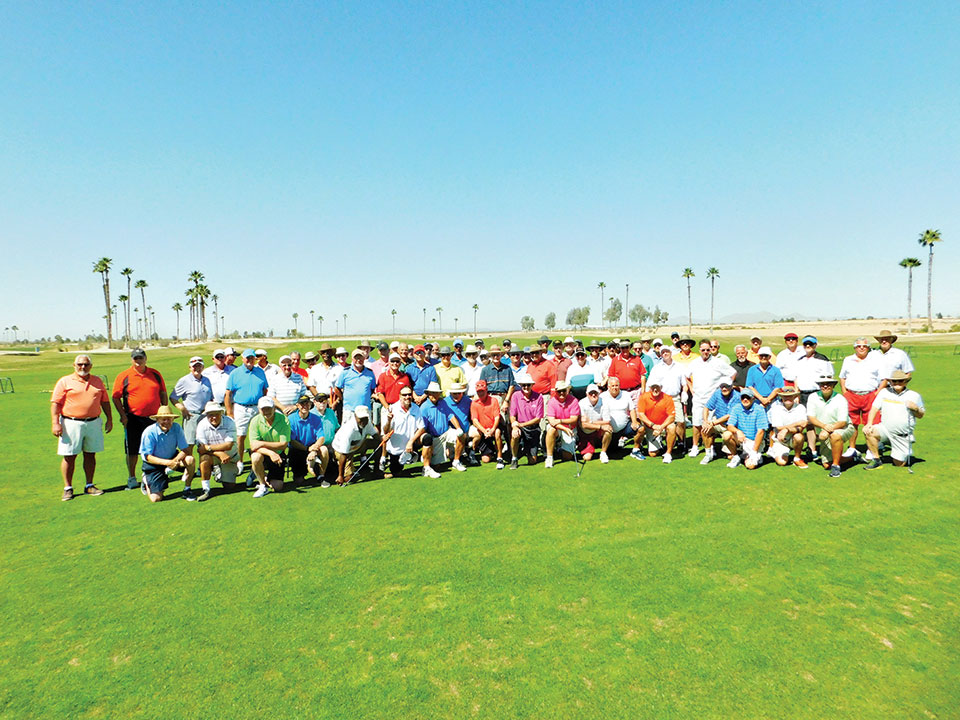 The month of March was a very busy one for the Robson Ranch Men’s Golf Association. Both our flagship tournament, the Member/Guest, and our Club Championship were played this month with complete co-operation from Mother Nature.

The Member/Guest featured 40 teams with participants from many locations in Canada and the U.S.! The schedule included a warm-up par three 18 hole scramble on Thursday prior to a pizza dinner. Friday was the first day of the tournament and was a better ball from each of the teams. That evening a dinner was held for all attendees and their spouses to allow for getting to know new friends. The final day was the total of the two teammates’ scores. A luncheon was held to honor the winners. The following teams were the winners!

Many thanks to all of our volunteers and prize donors. A fantastic time was had by all!