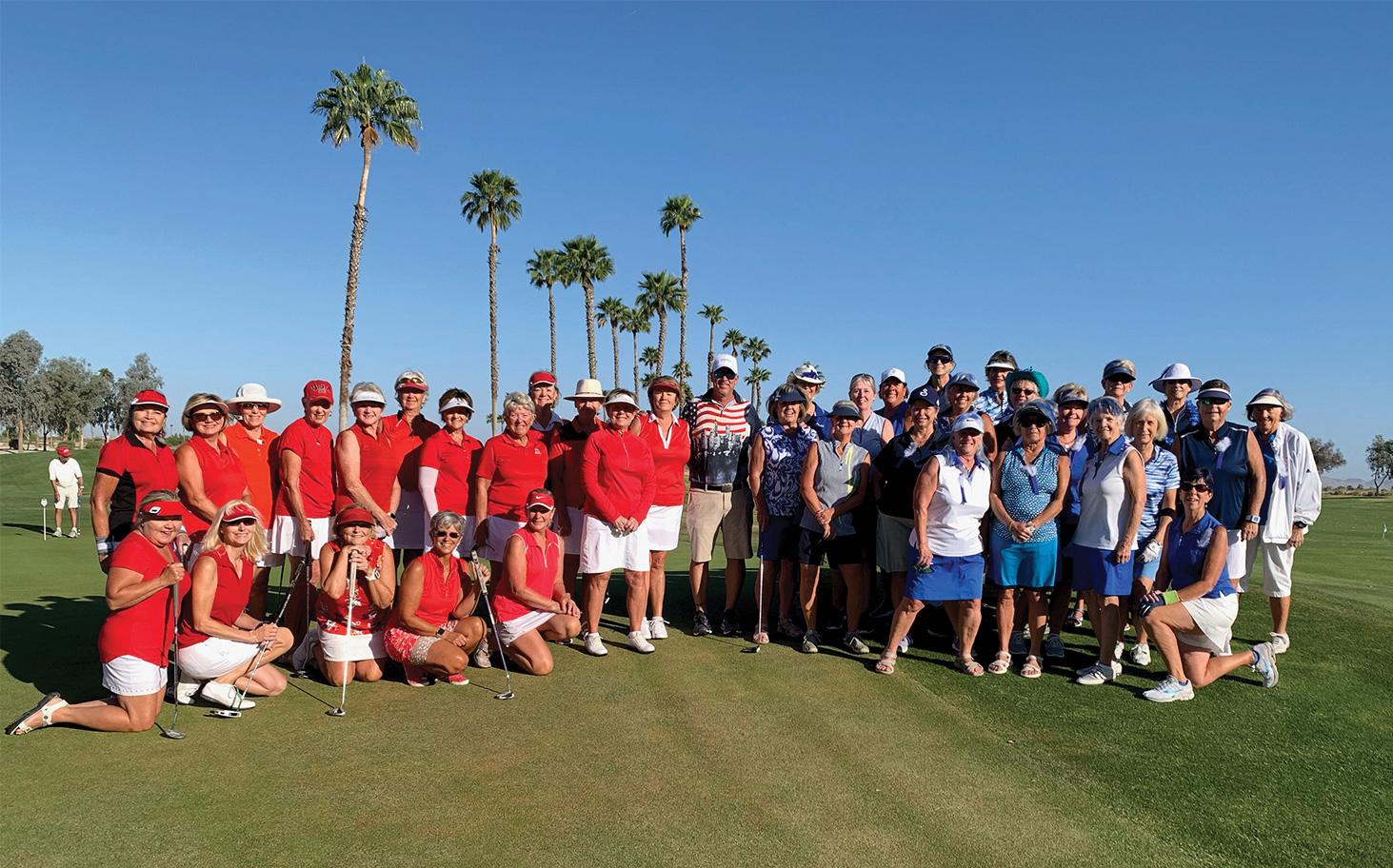 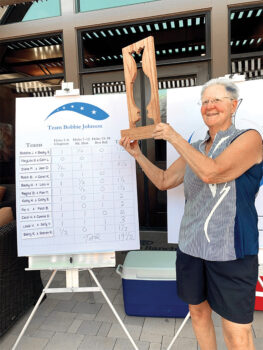 Every two years, the best professional women golfers from Europe and the USA go head-to-head in a matchplay golf tournament called the Solheim Cup. In August of this year, the Solheim Cup will be played in the USA at Inverness Country Club in Toledo, Ohio. To honor the event, the Robson Ranch Ladies Golf Association held their first ever Solheim Cup Tournament. Team captains Bobbie Johnson and Rhonda McGree paired players to compete in a one-day event consisting of six holes Chapman Scotch, six holes Alternate Shot, and six holes Best Ball. The tournament ended with a champagne celebration on the patio and our own Solheim trophy being presented to the Blue Team! A combination of fun competition, friendly trash talk, and lots of laughs made for one of the most fun tournaments of the year.