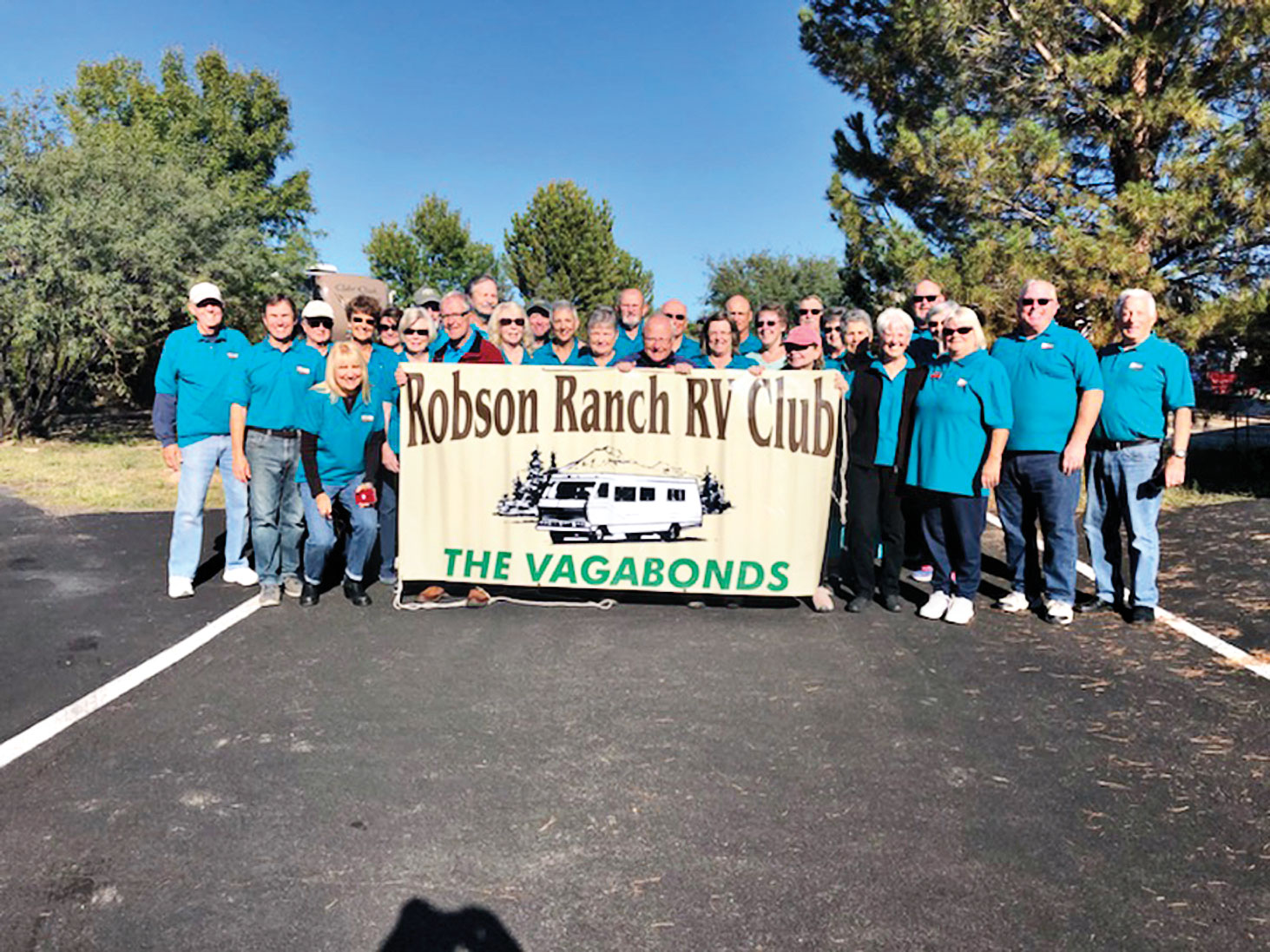 Dead Horse Ranch is situated in the Verde Valley between Prescott and Sedona, with beautiful views from the campground in every direction. Attendees enjoyed many of the activities available in Old Town Cottonwood and the old mining towns of Jerome and Clarkdale.

Monday began with a visit to the Douglas Mansion and Historical Society mining museum in Jerome. Both were fun and educational. The day also included wandering the historic streets of Jerome and enjoying the eclectic shops and restaurants in the area.

Tuesday was spent exploring the shops, restaurants and wine tasting rooms in Old Town Cottonwood. Several couples made the short drive to Sedona to do the same. All 34 attendees dined at the Black Bear Diner in Cottonwood that evening for an evening of food, laughs and camaraderie in addition to celebrating two birthdays.

On Wednesday, twelve golfers enjoyed an outing at Coyote Trails Golf Course in Cottonwood. All enjoyed the course and the company, with new friends made and new golf partners found for play back at the Ranch. Wednesday evening’s activity was an event at the Blazin’ M Ranch, with wagon rides, roping instruction, an Old West shooting gallery, cocktails in the western saloon and a chuck wagon style dinner with western entertainment.

Thursday morning brought a docent led tour of the Copper Art Museum in Clarkdale. Arizona was formerly called The Copper State. We learned a lot about the history of copper mining and the multitude of uses for copper in our lives. The museum has a number of rooms filled with copper art pieces from all over the world. In the afternoon, participants enjoyed a 4.5-hour ride on the Verde Canyon Railroad, and were treated to spectacular views while dining in a first-class railroad car.

The week included three potluck dinners around a campfire, margaritas from in the club’s margarita machine and a breakfast lovingly prepared by the men and served to all of the women.

Friday morning campers headed back to the Ranch with memories of a week of fun, food and friendship.