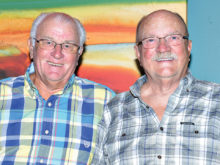 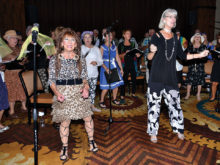 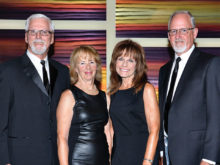 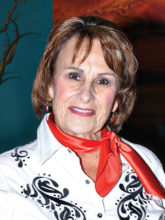 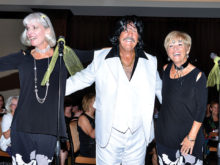 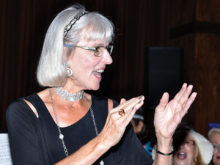 On March 20 and 21 the Robson Ranch Singers serenaded their audiences with “Songs from the Decades.” Each of the 48 members dressed in costume, reflecting the dress and hairstyles throughout the decades. The songs spanned 45 years, from 1931–1976, and included some fun jazz selections as It’s Only a Paper Moon and Three Little Fishies from the 30s. Songs from Bill Haley and the Comets, the Everly Brothers and Pete Seeger covered the 50s and early 60s. The Lion Sleeps Tonight by the Tokens featured a true African rain rattle/shaker and drum, setting the rhythm for the swaying choir members during the song. Songs from the Beach Boys, Beatles, Supremes, Fifth Dimension, The Turtles, ABBA and Elton John were also performed. “Tony Orlando” also made a rare appearance along with “Dawn” to sing Tie a Yellow Ribbon Round the Ole’ Oak Tree complete with costume and hair styles from the 70s.

Lisa Hunt is the new Choir Director this spring, having filled in after Jacquie Fedie’s retirement from the position. Thanks go to John Horak, Master of Ceremonies, and to Ginny Lewis, Connie Koza and Sharon Hoffschneider, accompanists, as well as to each Robson Ranch Singer for their enthusiastic performance both nights. Their next concerts are scheduled in December and will feature winter themes and beautiful Christmas music. We hope to see you there!