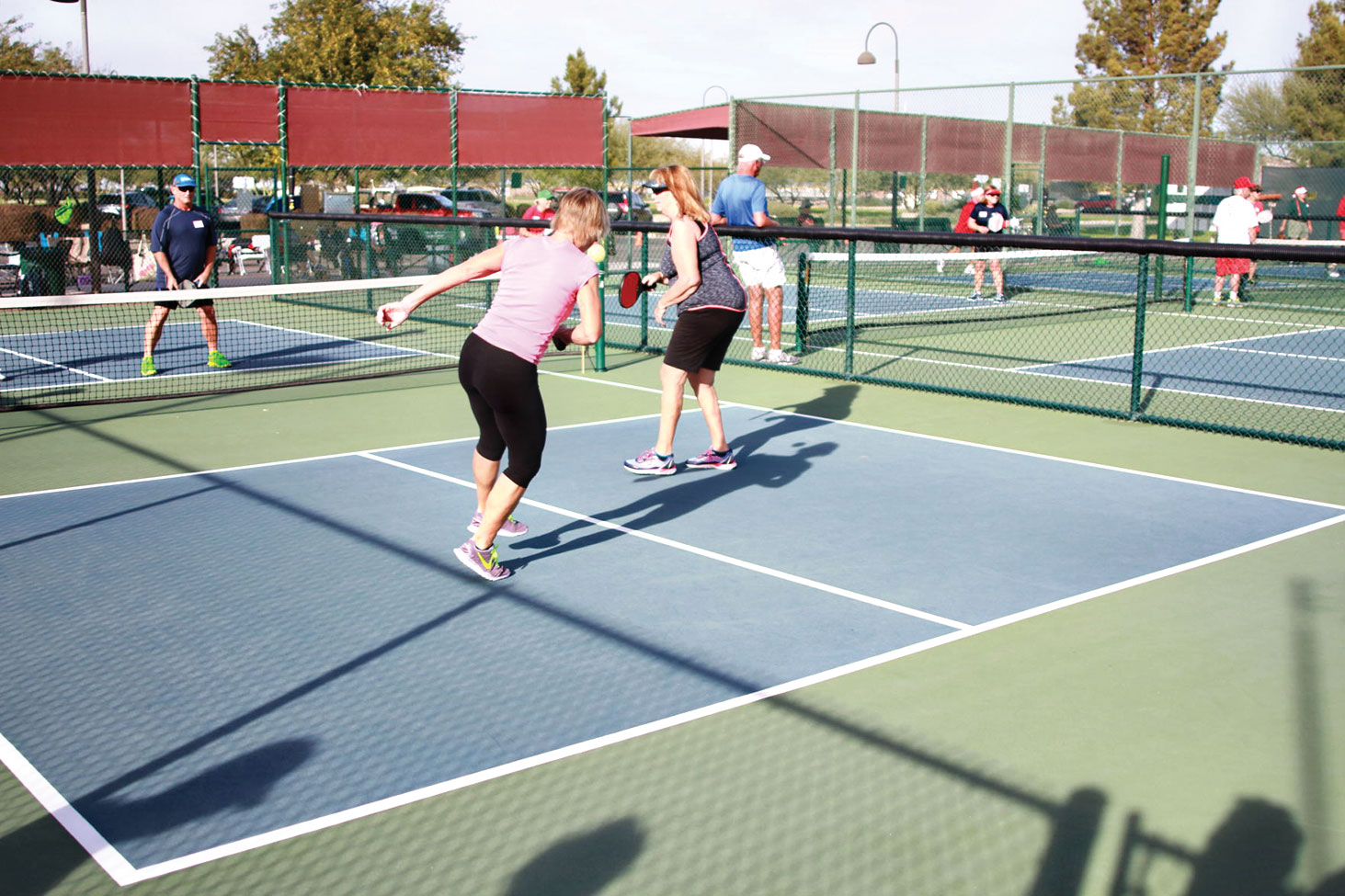 Playing pickleball was the newest way members of the Robson Ranch community decided to try and come together to help disadvantaged families in Eloy, by having a tournament for all those who cared to join.

Christmas tunes were blasting on the speakers while a spread of Christmas goodies awaited the more than 60 players between their matches. A suggested donation of $10 to play raised nearly $1,530 toward the Eloy Professional Firefighters charity that brings everything needed for a family Christmas to some of those in need.

“We were trying to break our fundraising record from last year, which was a little over $1,000, and I’m happy to say we went well past that,” said Edie Preis who coordinated the event with the Pickleball Club.

The Eloy Professional Firefighters is the union for all the EMTs and firefighters of the Eloy Fire District. Every year they do their adopt-a-family program where they deliver toys, clothes, pajamas and shoes to all the kids of some area families as well as a complete Christmas dinner, according to Scott Roninger, the president of the organization.

This year they adopted four families, finding some who need it most through their line of work as well as coordinating with schools and churches in the area to make the most impact. They give roughly $500 in goods to each family, depending on how many kids they have, so this one fundraiser got them nearly to their goal according to Roninger.

“Anything to help the kids in Eloy,” said Louise Kant, who was helping to organize the event. “And when the whole community comes out to help the kids, it’s really special.”

They were helped by the Robson Ranch Pickleball Club, which has nearly 250 members and is growing every day.

The event had 64 pickleballers placed into teams of 16 with aggregate scoring throughout all the matches. Team Reindeer got served by Team Grinch, while in the other matchup Team Santa overwhelmed Team Elf.

After working up an appetite on the courts players were welcomed to the party catered by Flashbacks Diner in Arizona City.

“We have a great time. It keeps us off the courts and out of the liquor cabinet,” said Preis with a grin.