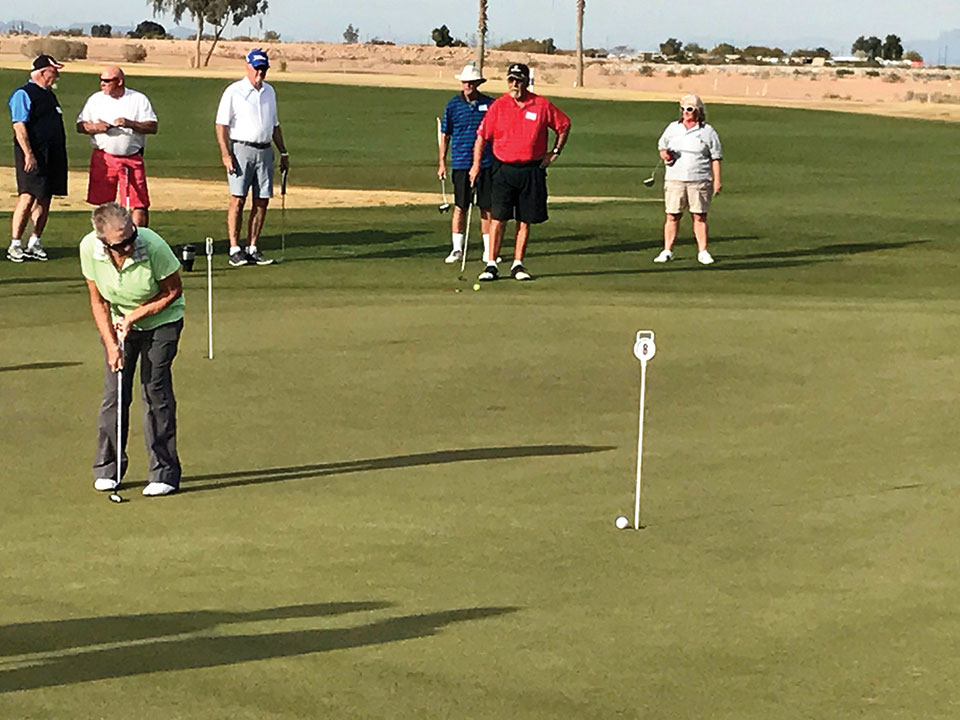 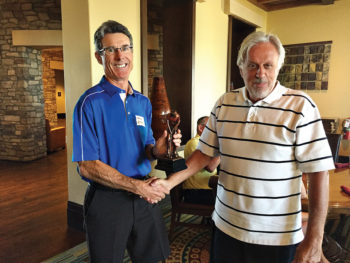 The Robson Ranch Mixed Putting League (RRMXPL) continues to entertain and challenge the field. We had another great turnout for the February 16 competition with 98 putters duking it out on the putting green for the coveted prizes. Mike Stacey shot an incredible 3 under par for a score of 21 and $59 in winnings. Complete results for February 16 were as follows: 1st place Mike Stacey, 21 ($59); 2nd place Jim Moore, 22 ($39); 3rd place Larry Mansfield, 22 ($29)

Only one player, Steve Spencer, aced the “Money Hole” for a very tidy payout of $89. A total of seven players “Beat the Pro” for payouts of $11 each: Jim Moore, Scott Gripentrog, Stan Strickland, Steve Spencer, Susan Phillips, Jim Baxter and Larry Mansfield. The blind draws for 7th-10th places were: Jim Barber, Bob Glenn, Judy Gottsch and Jan Stocek ($8 each).

Instead of a “Beat the Pro” competition we had a “Beat the Champion” event, meaning try to beat the winner of the previous event, Mike Stacey. Mike, however, proved his continued putting prowess shooting another 21 to take home the prize once again. Mike was given the RRMXPL Traveling Trophy, which will be passed on to the winner of each event going forward. If a competitor wins the event twice in a row they get to keep the trophy to cherish forever! As nobody was able to Beat the Champion, the $48 pot from that event will be carried over to the Beat the Pro competition on March 16. Four players made the “Money Hole” putt: Nick Pike, Jim Baxter, Terry Fondurulia and Rich Hoerr, taking home $14 each. The blind draws for 7th-10th places were Mike Hart, Georgie Hart, Larry Mansfield and Cindy Sorensen ($5 each).

Congratulations to all the winners! The next RRMXPL events will be held on March 30, April 13, April 27 and every other Thursday thereafter. The first shotgun generally starts at around 3:00 p.m. with food and drink available for purchase in the dining room. Awards are given out in the dining room around 5:30 p.m. Come out and join the fun. Sign up in the Pro Shop or by emailing Nick Pike at [email protected] We hope to see you there!