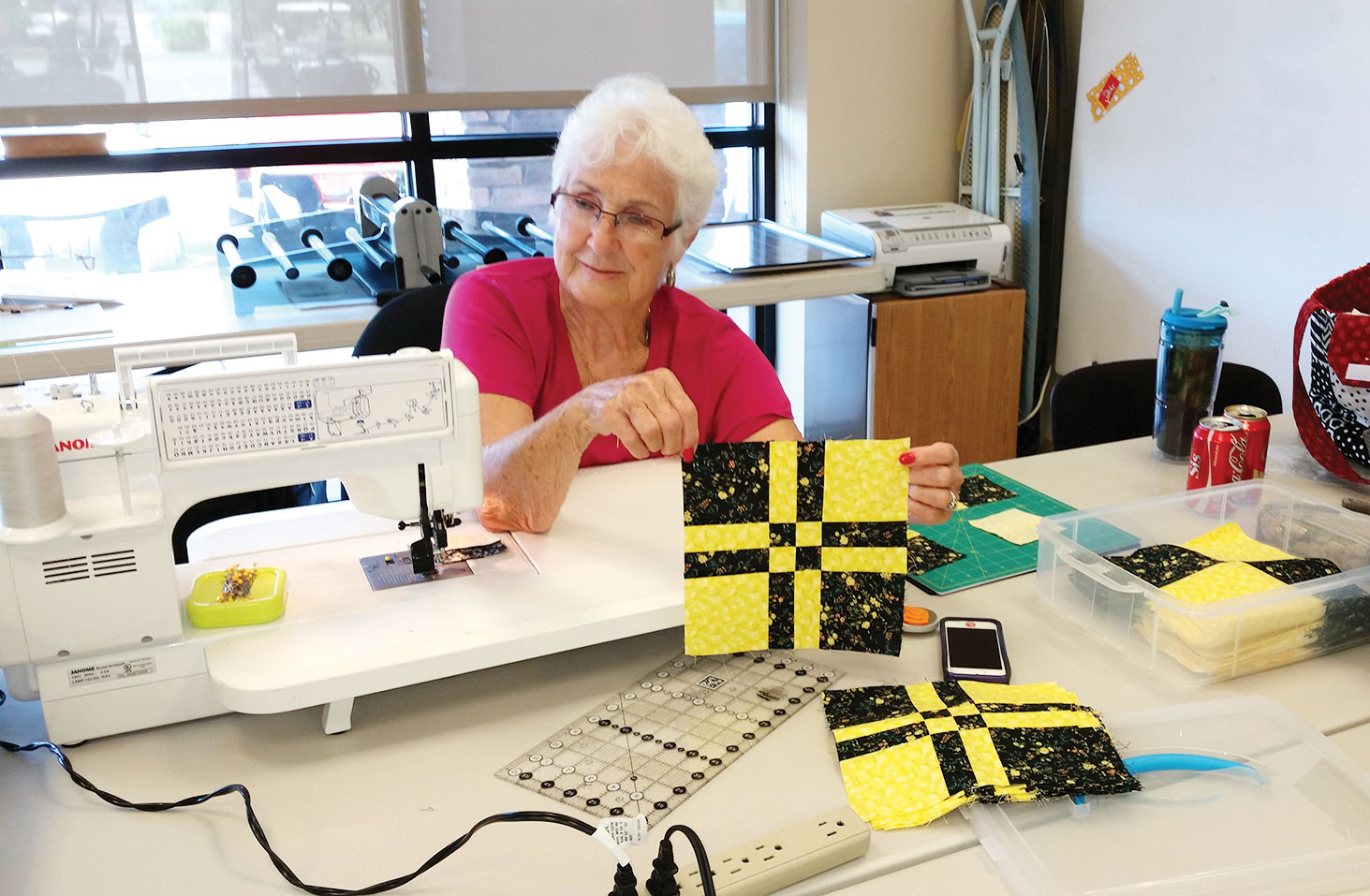 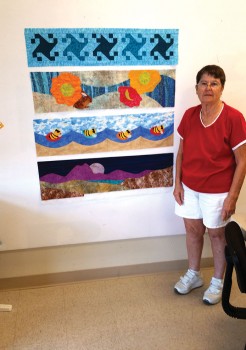 Last spring after our regular monthly meeting, our beautiful raffle quilt was given to Mike and Janet Kennedy. Three of our members prepared and cut the fabric then pieced the top over the summer and early fall of 2014; it was completed in September. After the club members gave the Kennedys their quilt on April 10, 2015 the new committee began to plan the next quilt to be raffled off in April 2017.

Pictured in the July edition of The Views, the Robson Ranch Material Girls Beverly Haffer and Fran Browe were shown working on our next raffle project, which will be a striking, king-sized quilt using batik fabrics. Karen Furu is also on the new raffle quilt committee but lives in Montana during the summer so a picture of her was unavailable. The profits from all our raffle quilts will help fund future projects that are given to our Robson Ranch residents and people in need in the wider Eloy-Casa Grande communities.

Since 2010, proceeds from our dues ($20 per year) and raffle quilt ticket sales have provided the following:

2013 – 30 quilts were given to Harmony Hospice organization, and Home of Hope for women and women with children for drug and alcohol addiction.

In addition to the charity quilts, over 50 lap quilts have been given to our own Robson Ranch residents who have had a serious illness or have lost a spouse since 2010. What a privilege it is for our members to serve others and provide a gift where it’s needed!

Although there’s not much “action” at the quilting studio compared to our winter months, during these hot summer days the room in the Community Arts Center remains a cool oasis for our members. We all look forward to friends returning to the Ranch and getting to know new members this fall. Happy sewing, everyone—help us to prepare for the November 28 Craft Fair.