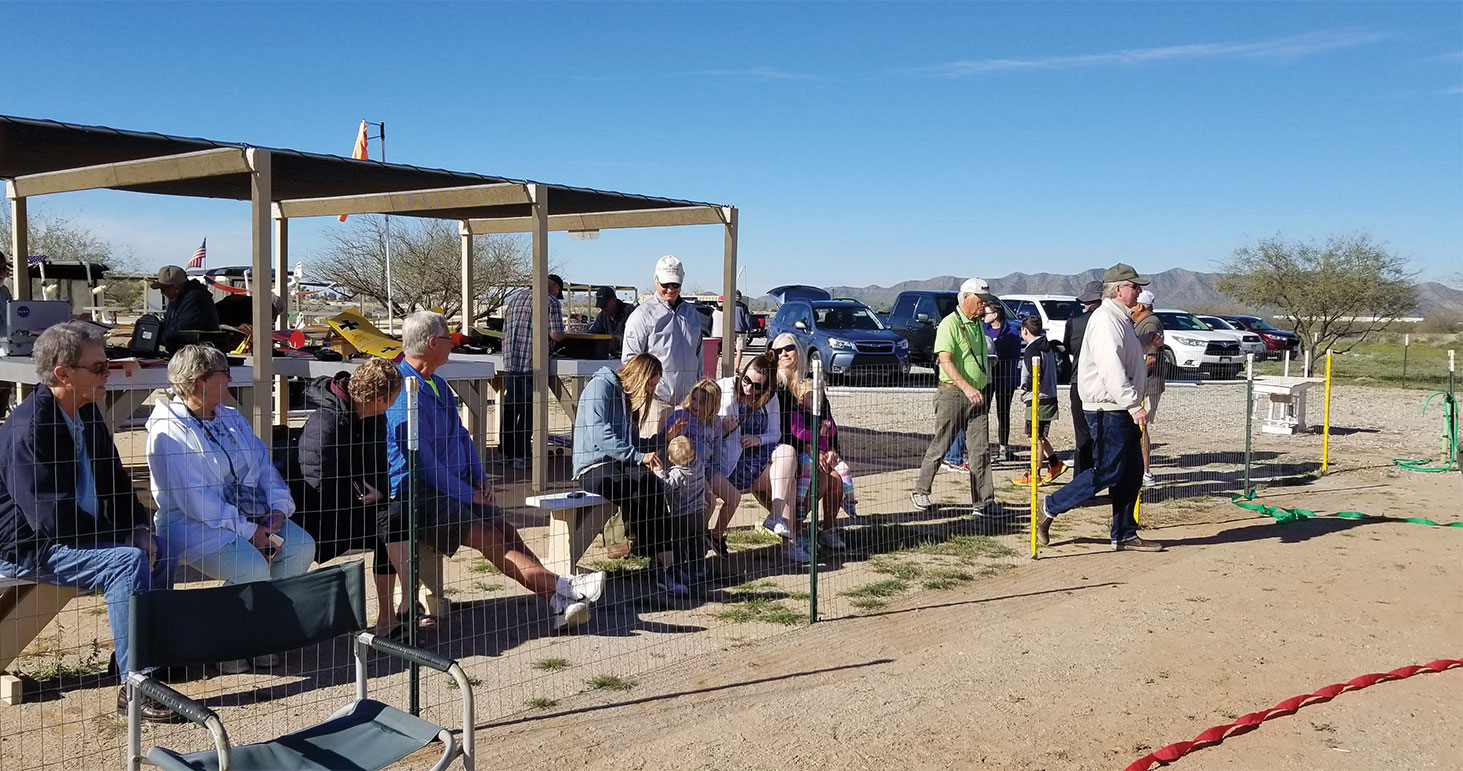 The Robson Ranch RC Club has been holding weekly flying events for the entertainment of local residents. On March 11, the club held a “combat flying event” in which club pilots attached streamers to the tails of airplanes. The object of the competition is to cut the streamers on competing planes with the propellers of competitors. When a planes streamer is cut, that plane is eliminated. On this occasion, ten planes were in the air simultaneously, each one attempting to be the last one standing. The onlookers enjoyed the fun. After the combat event, a glider event was held in which the winner was the glider that stayed in the air the longest.