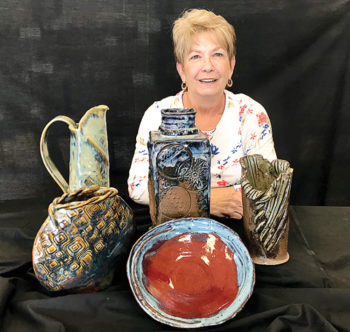 Paula moved to Robson Ranch from Massachusetts in 2007. At that time, the Pottery/Ceramics Club had yet to be formed. Looking for an outlet for her creativity, Paula did not waste time getting involved in the formation of the Pottery/Ceramics Club. She has held many positions within the club over the years, and is now affectionately called Queen of the Kiln! That is no easy task, as each item has to be gently loaded and unloaded by hand.

Paula is also a member of Fine Arts, working with watercolors and dabbling in acrylics.

“It’s great to now have the time to pursue my hobbies!”