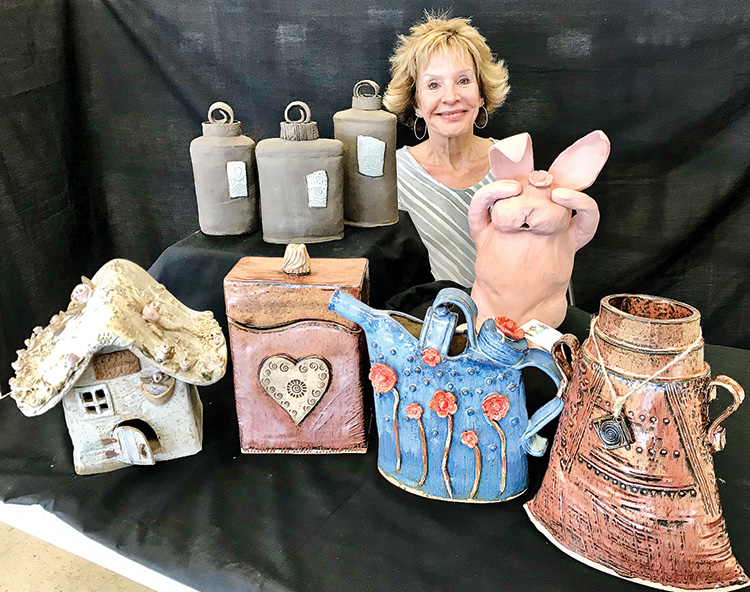 Debbie moved from California to Robson in 2007, and has been a member of the Pottery/Ceramics Club since it began in 2009. Having never done pottery, Debbie wasn’t sure she would like it or even be able to make something! Well, as you can see from her creations, Debbie certainly proved she could create beautiful and whimsical works of art.

For the past three years, MaryAnn Bechtel and Debbie have been going to Tucson for pottery lessons. Pottery has changed the way Debbie looks at things. From nature to the dollar stores, Debbie sees things as good textures or shapes to use in her pieces. Debbie believes she has turned into a kind of junk collector. Pottery has become her obsession.

Debbie is always ready and willing to help new club members and assist them with their projects. She is currently vice president of the club.