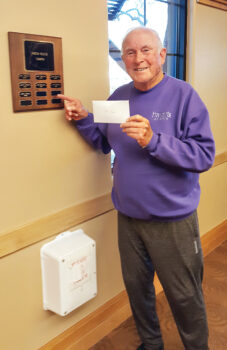 On Saturday, Feb. 1 the eighth annual Arizona Hold-em Poker tournament was held at Robson Ranch AZ, at the Sports Club. Thirty-six poker players turned out to compete for the title of tourney champion for 2020.

The tournament play is a no limit freeze-out format with no re-buys. So, when a player’s chips are all in, it’s either win or go home. The play continues until eight players remain to make up the final table.

The remaining eight players played carefully and deliberately with chips trading hands slowly. After some time, fatigue set in and players began making mistakes that led to their elimination.

The following final table players were eliminated in this order:

However, in the end Don Pixley held on—defeating the reigning champion in a long, hard fought battle to become tourney champion for 2020.