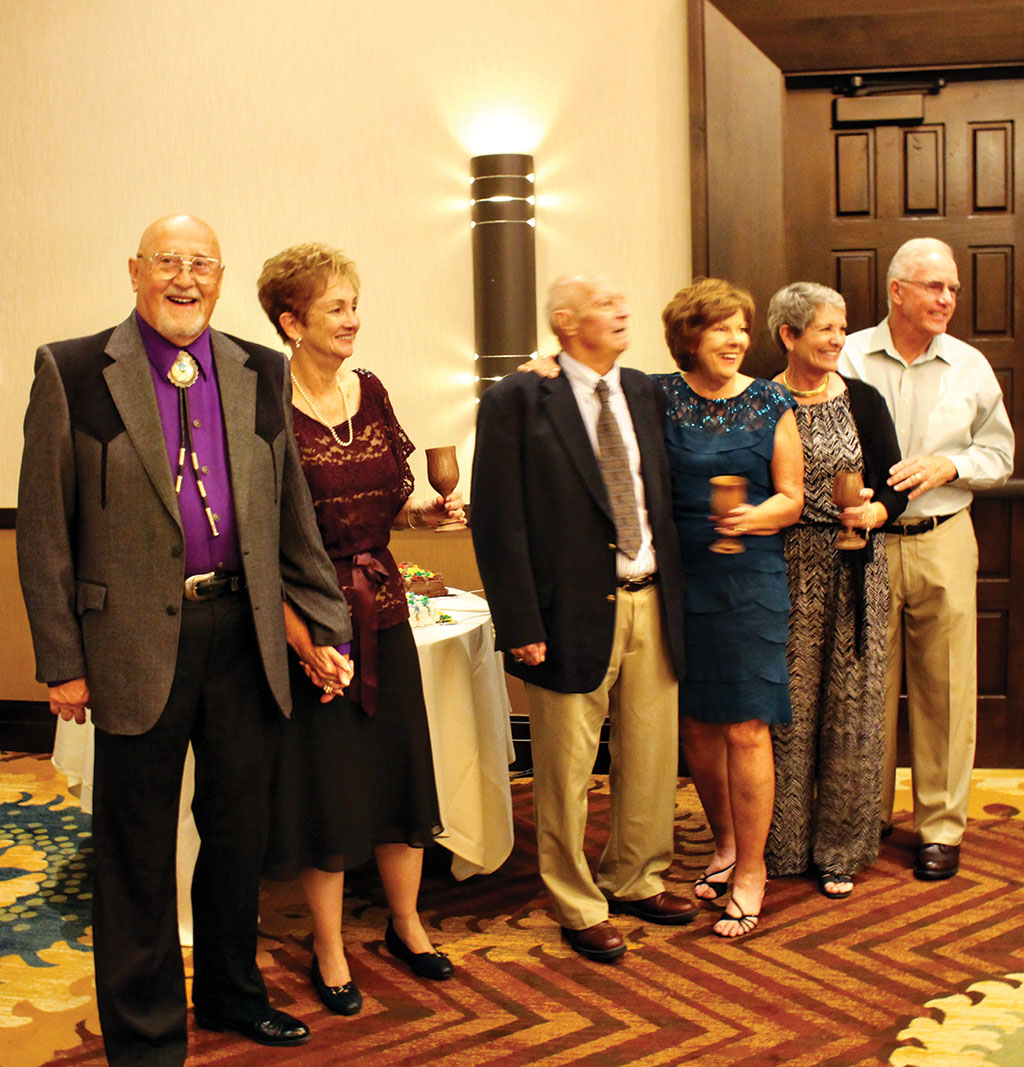 They beat the odds and celebrated 50 years of marriage.

Three couples met at Robson Ranch and St. Helen’s Catholic Church discovering they were all married 50 years ago. After several years of friendship they decided that the three couples would have a combined celebration with mutual friends for their 50th Wedding Anniversary. The celebration was held November 14, 2015 at the Robson Ranch Hermosa Room: Great food, great friends and a great band, The Time Bandits. Good things come in threes for the Harrises, Heimans and Jegges.

Greg and Joanne Heiman were born and raised in Overland, MO. They met at Our Lady of Presentation School in kindergarten, went to separate high schools and colleges/ They married June 1965 then had daughter Kristie, grandsons Braden and Kyler who live in Mechanicsburg, PA. Their son Gregg lives in Omaha, NE with his wife Karen and grandson Jake and granddaughter Logan. Greg and Joanne are living the dream of retirement here at Robson Ranch. Greg substitute teaches at Toltec School and volunteers at the Eloy Food Bank. Joanne plays golf and enjoys participating in many activities here at the Ranch.

Ray and Pat Jegge met through Pat’s girlfriend in September 1964 in Whittier, CA. They became engaged in November and married in July 1965. Ray was born in Switzerland, and Pat was born in Michigan and grew up in CA. They have one daughter, Liesl, and one grandson, Derek, and Liesl’s husband Bob who reside in Cottonwood, AZ. Pat had two brothers and one has passed away. Pat’s brother, Fred, still lives in CA. Ray and Pat love to travel. Their last two trips were a cruise along the Amazon and this year from San Diego to New Zealand. They have lived at Robson Ranch for over six years now and enjoy all the people and the great friends they have met.

Against all odds, retirement for these three couples brought them together to a community of God, friendship and love.