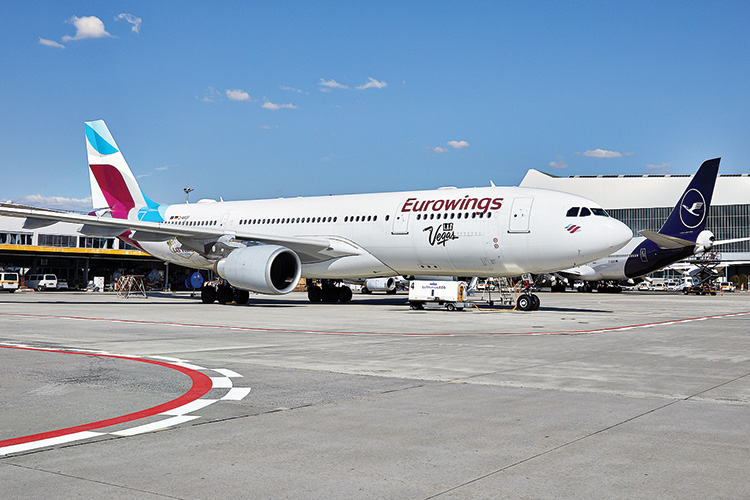 Phoenix Sky Harbor International Airport customers now have another option for direct access to Europe, as Eurowings, a Lufthansa Group airline, has announced the start of new nonstop flights between Frankfurt, Germany, and America’s Friendliest Airport®.

The announcement is welcome news to customers who have seen an uptick in new flight service recently at America’s Friendliest Airport®.

In July, Frontier Airlines revealed that it was adding service to four new cities from Phoenix. Beginning in November, travelers will be able to fly to Detroit; Fargo, ND; San Diego; and Salt Lake City. Service to San Diego and Salt Lake City will be offered year-round, while service to Detroit and Fargo will be offered seasonally. These new routes followed shortly after the Denver-based airlines announced it would debut a daily service to Las Vegas beginning Sept. 6.

The introduction of new destinations succeeded news by Condor Airlines that it was expanding its nonstop Phoenix-Frankfurt flight in 2020. Next year, Condor will expand its current service, adding two days a week for the month of April, then continue its three-day-a-week service from May to October.

For the latest information on all flight travel, visit skyharbor.com/flights/flyphx.