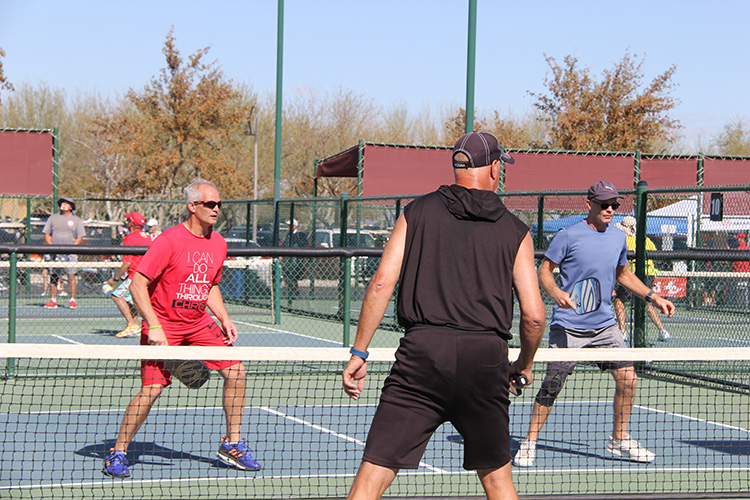 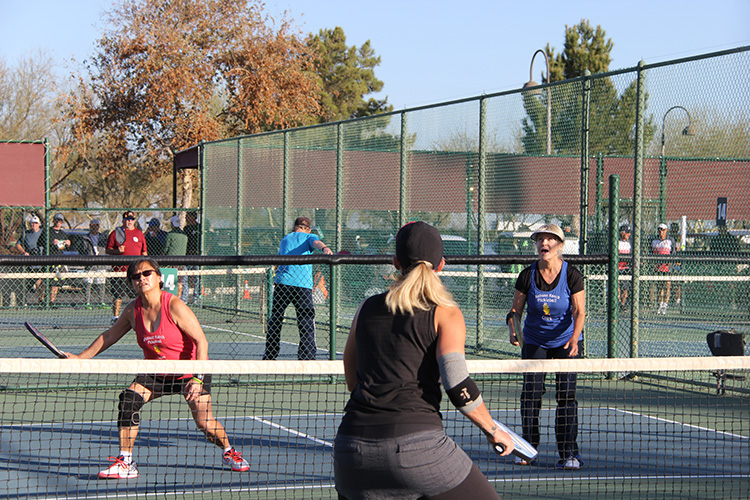 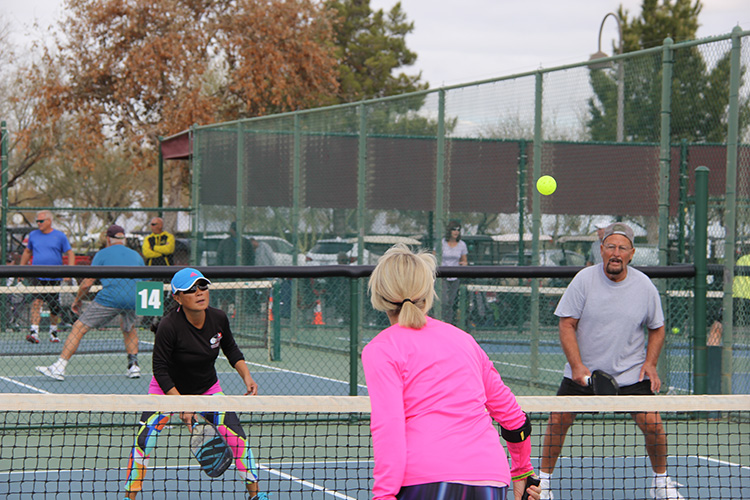 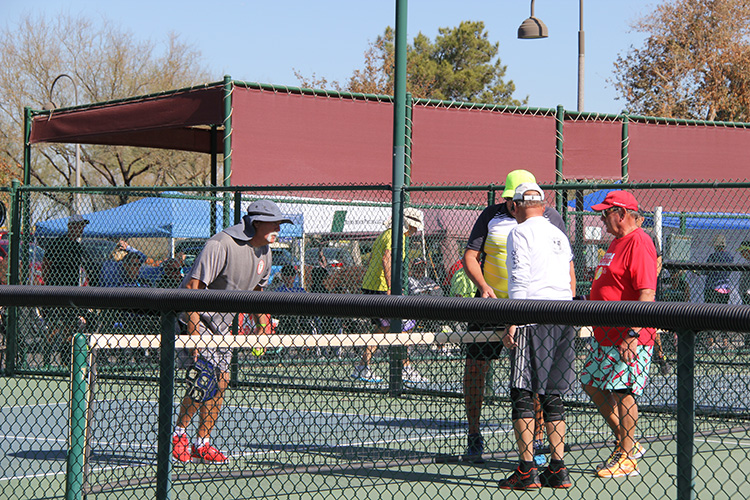 The seventh annual Robson Ranch Members Only Pickleball Tournament was held Monday, Feb. 10, and Tuesday, Feb. 11. We had 159 registered players who participated in the two-day tournament – 61 teams on Monday for Men’s and Women’s Doubles, and 55 teams on Tuesday for Mixed Doubles. Rain threatened the event but thankfully it held off both days. A great big thank you to everyone who volunteered for various jobs during the tournament; we couldn’t have done it without you, and you were very much appreciated for all your hard work. We wound up the tournament on Tuesday, with a pizza party and door prize drawing. Everyone had fun and the following teams even went home with medals!