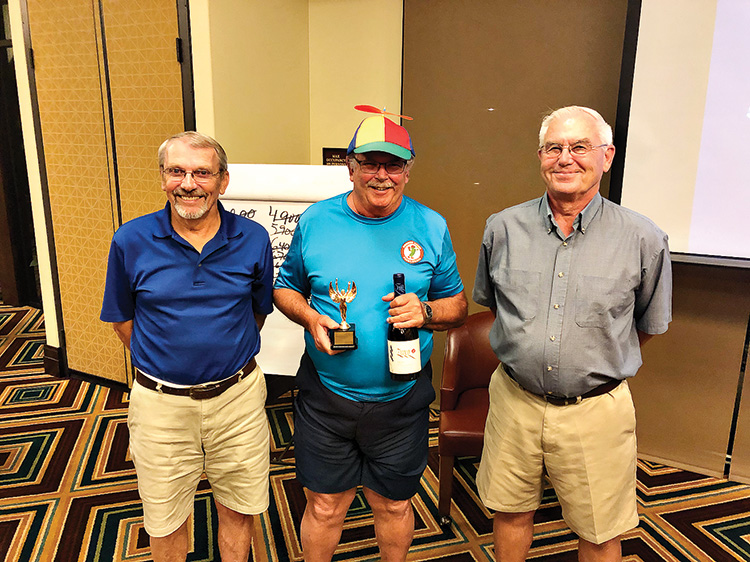 The Autumn 2019 MasterMind! Trivia Tournament of Champions was held on Oct. 22. It was a riveting Jeopardy-style contest held in the Laredo Room. A spectacular crowd was on hand to cheer for the three contestants, Bob Kleinke, Kent Jensen, and Sparky Gavin.

Questions in various categories were displayed on a large screen and answered by the three competitors in expert fashion. They were especially sharp with the Daily Double and Final MasterMind! questions. It was nail-biting action from beginning to end.

The championship was not decided until the final question. Sparky Gavin finished with a colossal 13,100 points and was declared MasterMind! Trivia Champion for Autumn 2019. He took home an amazing trophy and a bottle of wine.