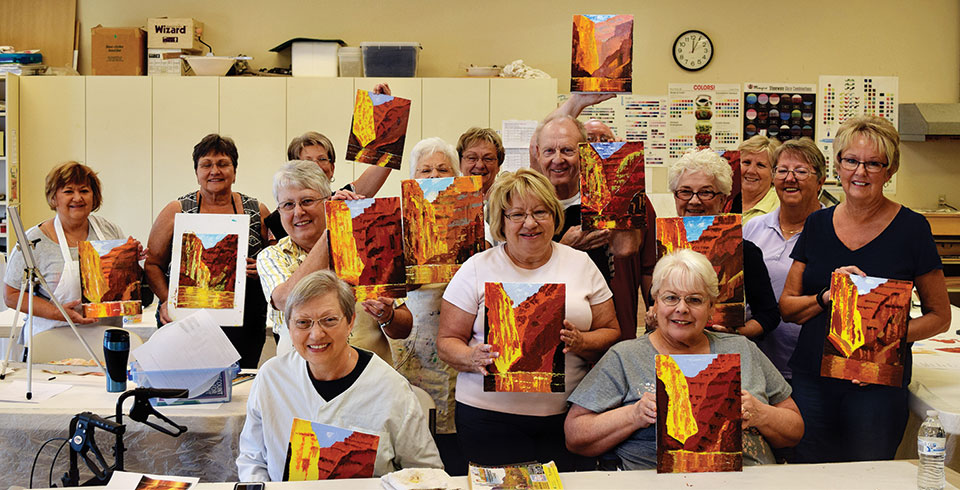 Palette knife, that is. On Wednesday, March 15, the Fine Arts Guild had a palette knife painting class. Approximately two thirds of the class had never used a palette knife before. Many in the other third of the class, despite having their own palette knives, had only used their palette knives to mix paint. Sometimes the journey into a new technique can be frustrating until it is surpassed by the comaraderie of the group. In the end the class finished their paintings and enjoyed trying a new technique but realized the value of a good palette knife and practice. This class was the fifth class presented this season by the Fine Arts Guild with the last class on Colored Pencils occurring in April. Watch for the results of this class in the next Robson Ranch Views. Although large classes will not occur again until November, some of our full-timers will be at the CAC throughout the summer testing and sharing techniques, going on field trips and having artistic fun in general. On those hot Wednesday mornings this summer come visit and/or join us as the CAC has A/C. For more information contact one of our board members: Jillian Moon, Melanie Douglas, Janet Buckingham or Nancy Friedman.