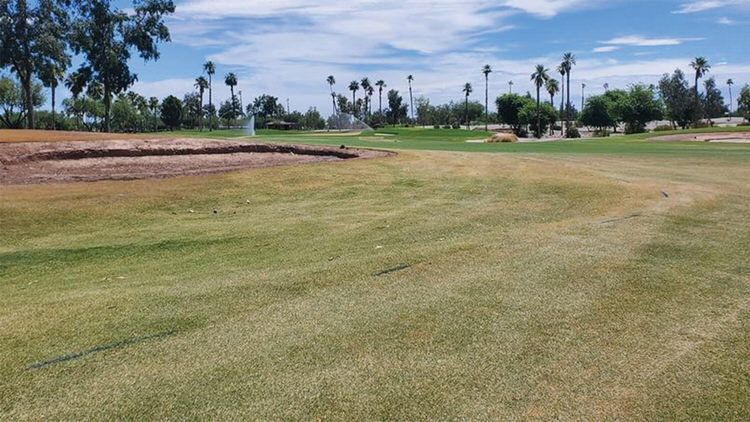 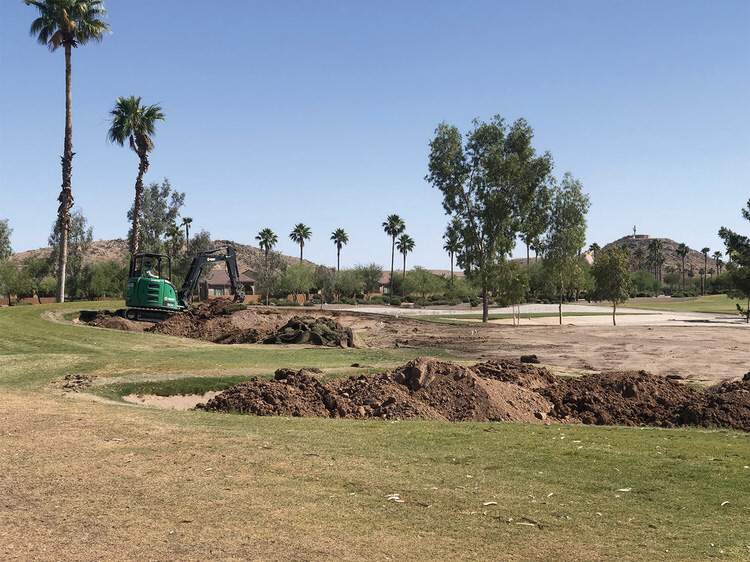 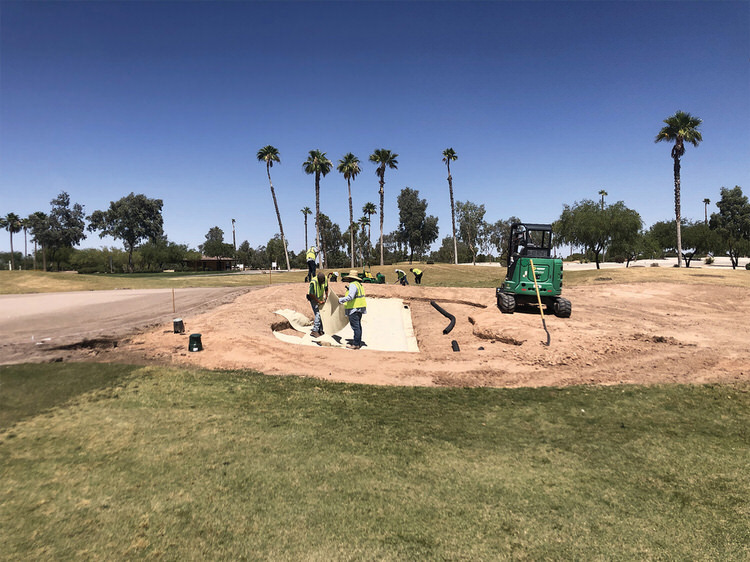 The golf course opened in 2005 and the green surfaces had reached the end of their lifespan, so the greens have been re-grassed. This process consisted of removing 2 to 3 inches of grass and “disturbing” or digging up about another 12 inches of dirt, after which Oliphant Golf and Evergreen Turf experts contoured the surface of the green and then shot springs of new grass into the surface of the green. Watching these experts work machinery on the greens and bunkers was a true delight. They are definitely masters at their craft. Areas have been sodded around the apron area around the greens, along with the bunkers. You will notice the watering taking place to help green up all the new sod, tee boxes, and greens. It will take time for the new turf and greens to establish themselves before we can play on them.

In the meantime, the RR Golf Club has remained open during the renovations while moving to “temporary greens” located in front of the actual greens on each hole at the beginning of May. These greens are approximately 35 feet in diameter. Due to the size and surface of the temporary greens, an automatic two putt is in effect. The AGA confirmed with the Golf Club that due to the greens being temporary, no scores could be posted during the renovations. Existing tees were all moved back one set of tees to keep the course close to the original yardage during renovations.

John Whitmeyer is the new golf course superintendent. He has been with Robson for almost 24 years, including 10 years at Sun Lakes, 10 years at MountainView/Preserve, and most recently has been running the RR HOA maintenance team for four years. He has an amazing eye for detail and has been through similar renovations at other courses. John and his staff have been dethatching, thinning, aerifying, and fertilizing the fairways and rough. Sprinkler heads around the greens have been brought up to ground level. Fairways have been mowed wider, and you will notice a distinction between fairway and the first cut of rough. Alignment of several tee boxes on holes 5, 10, and 18 will be made to point them towards the fairway. A “forward” set of tee boxes are in the process of being added to allow for an “executive” style 18-hole golf course. Come out and play the temporary course and look for all the changes as we await the opening of the new and improved Robson Ranch Golf Club in early fall.