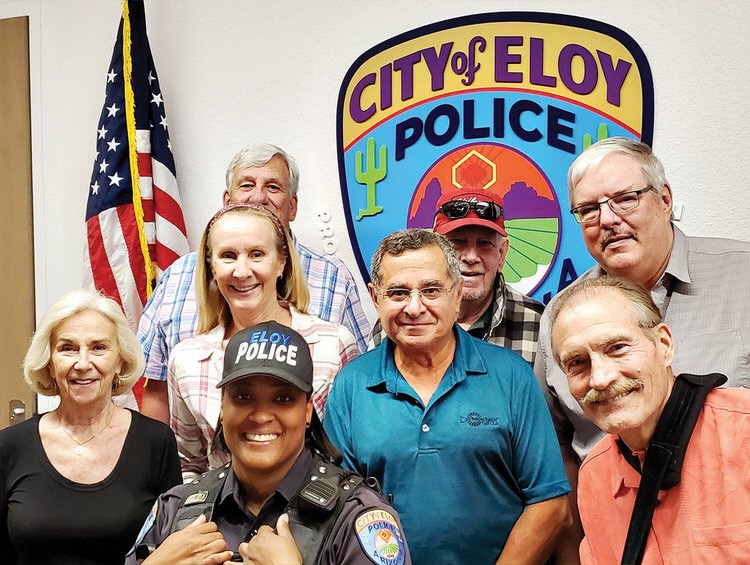 Seven homeowners at Robson Ranch in Eloy, Ariz., recently graduated from the Eloy Police Department Citizens Police Academy. The academy was a nearly 40-hour course that included lessons on history of law enforcement, warrants, crime scene investigation, 911 and dispatch, accident reconstruction, internet crime, drugs and driving under the influence, gangs, code compliance, and crime prevention. The members even participated in a simulation where they were confronted with armed criminals and had to decide in a fraction of a second whether or not to use deadly force.

Most of the graduates have now been accepted to be Eloy Police Department volunteers and will serve in such capacities as citizens on patrol, traffic control, special event assistance, city court, and fraud prevention. Eloy Police Department hopes to hold another academy in the fall. Interested residents can contact Eddie Peters at [email protected]