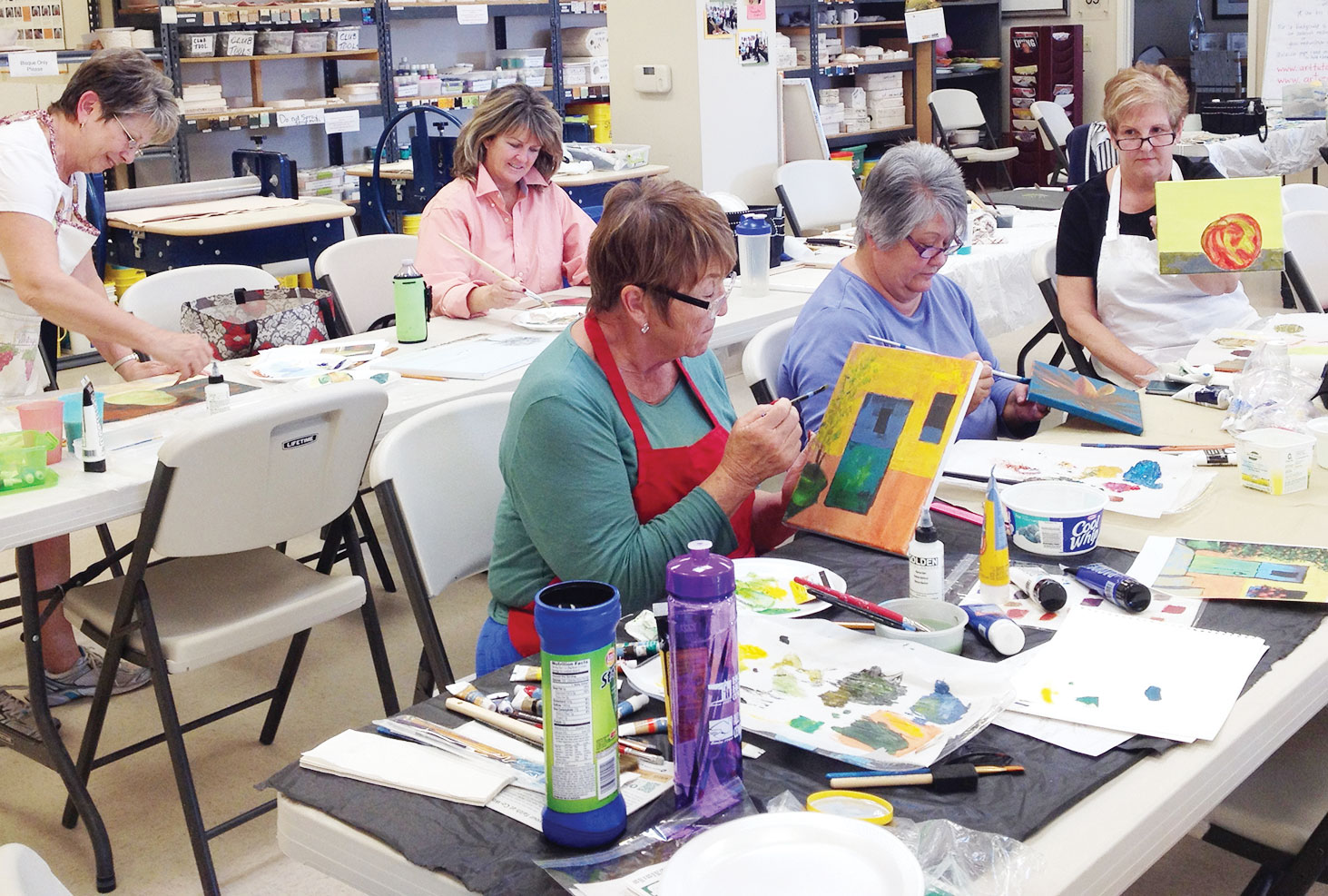 The Fine Arts Guild, which includes all two-dimensional artwork, has started out 2015 with a Friday afternoon class. The acrylic painting class met for six weeks, three hours a session. The class included some basics in drawing, composition, color theory and mixing, and landscape painting with Bob Davies, a video series owned by the Guild.

Watercolor classes will be offered on March 4 and 6, Wednesday and Friday mornings.

The membership elected Jillian Moon and Janet Buckingham as co-presidents for the new year.

Come down to Studio One in the Creative Arts Center to draw and paint with us. We have so much fun and learn from each other.