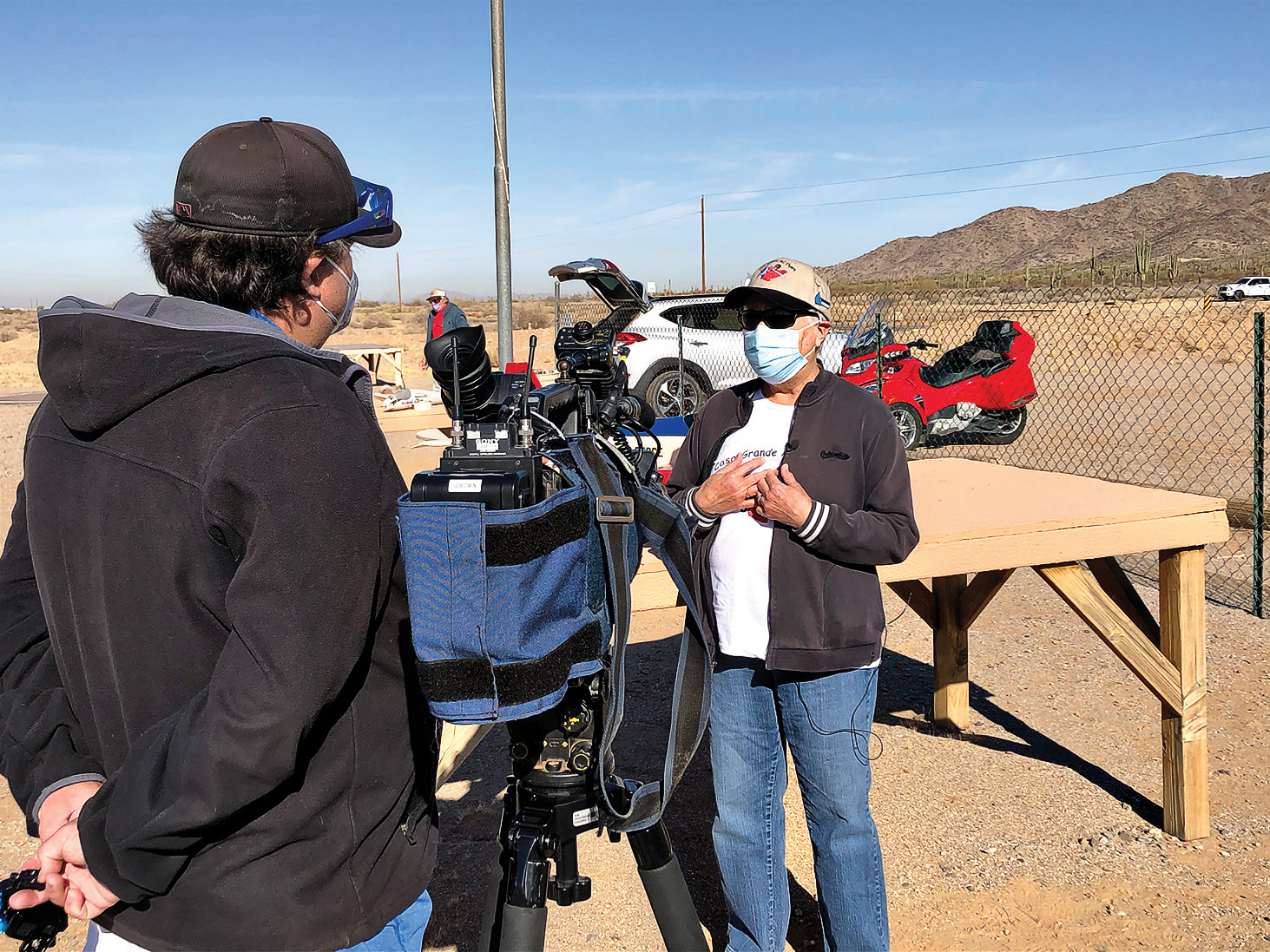 Cory Goodwin, a video journalist with FOX 10 News out of Phoenix, did a special report and interviewed Robson residents on Jan. 7 at the Casa Grande RC Flyers airfield. The segment was aired that Thursday evening during the 5 p.m. broadcast. Nancy Friedman, secretary/treasurer of the Flyers, along with her husband, Alan who is the club’s president, were two of those interviewed. The club has recently received national attention because of several awards from the Academy of Model Aeronautic, in Muncie Ind. The awards honor their facilities, their community service, and their charitable activities. Besides starting the Casa Grande club eight years ago, Alan was also the founder and first president of the Robson Ranch RC Club. Many Robson Ranch residents currently belong to the Casa Grande club and many more have taken advantage of the free flying lessons offered by the club.