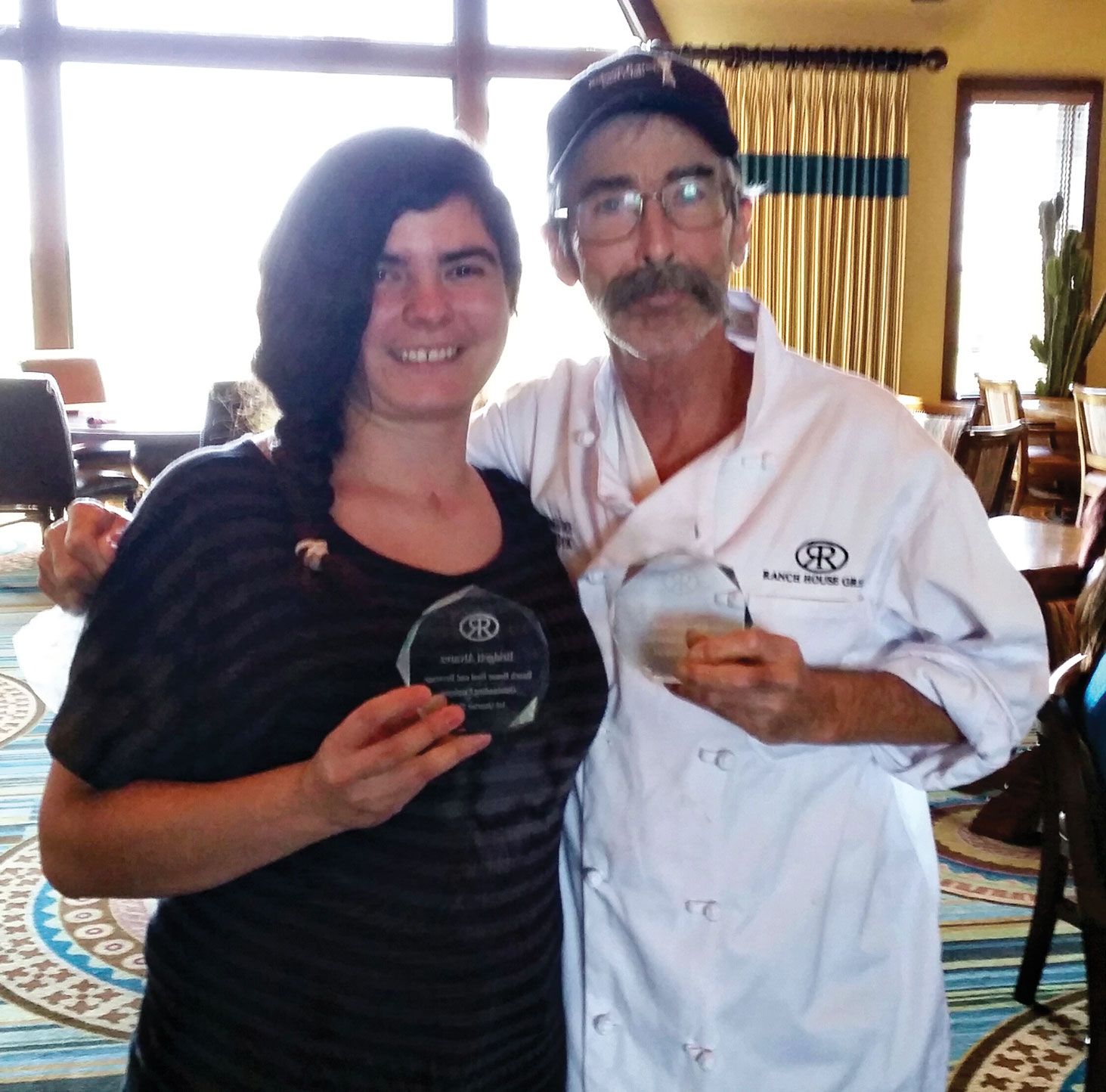 Congratulations to Bridgett Alvarez (Front of the House) and Jim McGuire (Back of the House), who were voted Employees of the Quarter by our Food &Beverage staff.

Jim McGuire, Lead Cook, originally from outside of Chicago, is married to his longtime bride, Pat, and has three children and seven grandchildren. Jim has been with the company for 14 years and here at Robson Ranch since the restaurant opened. Jim credits his cooking talent and tasty recipes to his mother, “Ma” McGuire. He is notorious for stating to the kitchen staff after creating a dish, “This may be the best batch I ever made.” Jim will be heading back home to visit his ma in a few weeks where he says he now does all the cooking for her. Known to be an avid animal lover with a huge heart, Jim currently has none. However, upon his return to Robson Ranch he intends on heading to the shelter to pick out three of the ugliest dogs available for adoption. He knows these are usually the ones nobody else wants. Congratulations on your award, Jim!

Bridgett Alvarez is a native of Casa Grande. She pursued Liberal Arts studies at Central Arizona College, loves horses and is actively involved with western riding that includes roping, barrel racing and trail riding. Bridgett also helps organize and assist at rodeos around the area. She has been working as a busser/food runner in the restaurant at Robson Ranch for the past seven months and chose Robson Ranch because a former employee and relative of hers told her it was a good place to start. If you see her in the dining room please take a moment to congratulate her!