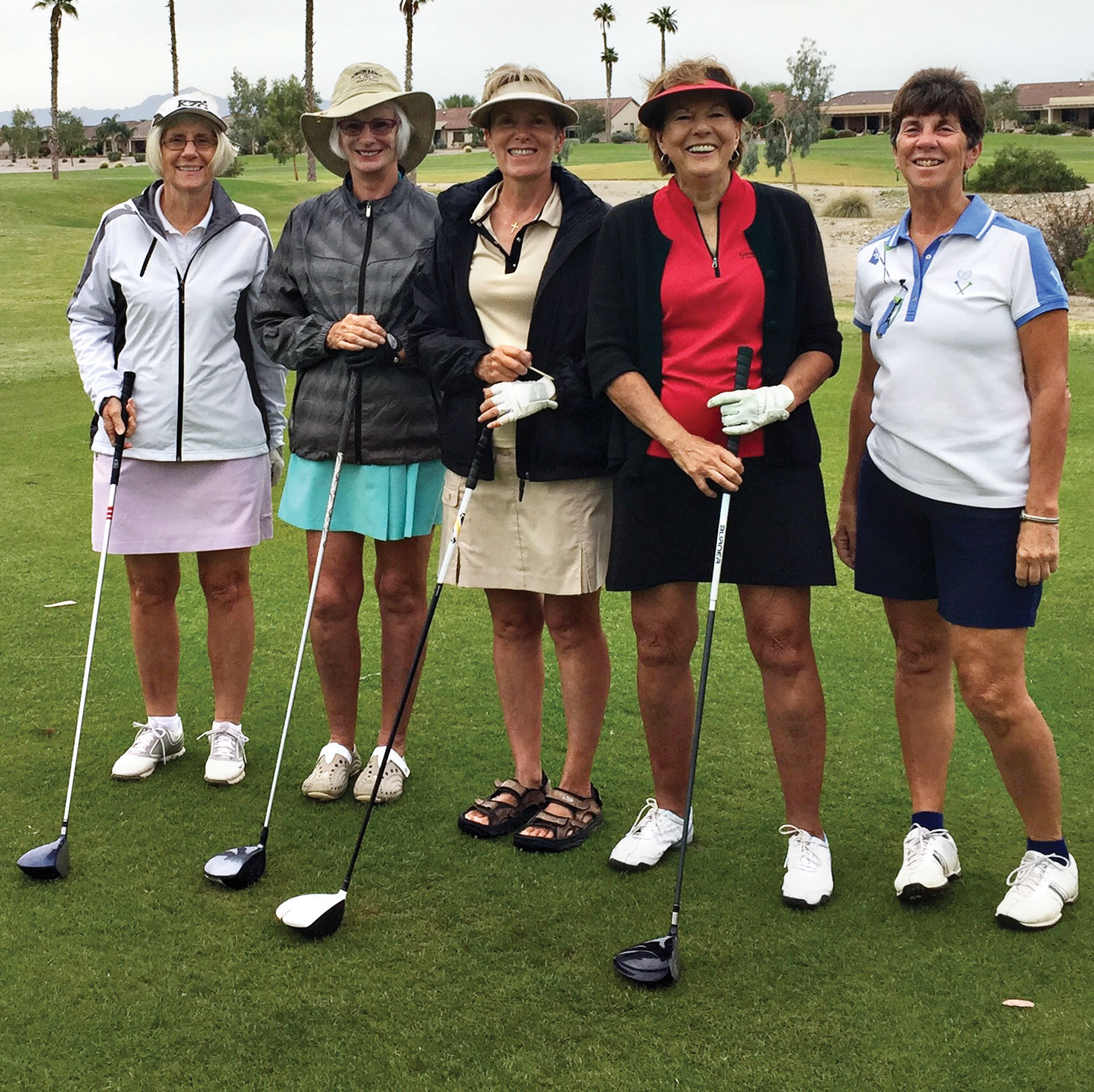 On a cloudy, rainy early morning, the RRLGA had five women who braved the weather. Pat Linderman, Chris Clark, Candy Burtis, Joanne Heiman and Jean DeChristopher were rewarded with beautiful weather after they got through the first few holes. Come on out and join us on Tuesday mornings.

We will continue our summer guest program where new or current women residents who want to try out RRLGA can play as summer guests. If anyone has questions regarding summer play or the summer guest program, contact Kathy Holwick, tournament chair, at [email protected] We play on Tuesdays at 6:30 a.m. on the open Picacho course. We hope that anyone thinking about joining RRLGA will take advantage of this opportunity to play with the ladies this summer and find out how much fun they have. Come on out and join us for summer play!

May 19, 2015. The finale of the season included a game called whiners where the players were able to throw out their three worst holes and substitute par. It was another beautiful morning at the Ranch. Flight one: 1st Sue Waibel; 2nd MaryLou Walton; 3rd Fran Fowler. Flight two: 1st Jeri Srenaski; 2nd Joanne Heiman; 3rd Dee Lee

Here are a few of the fun tournaments for next year’s RRLGA members: