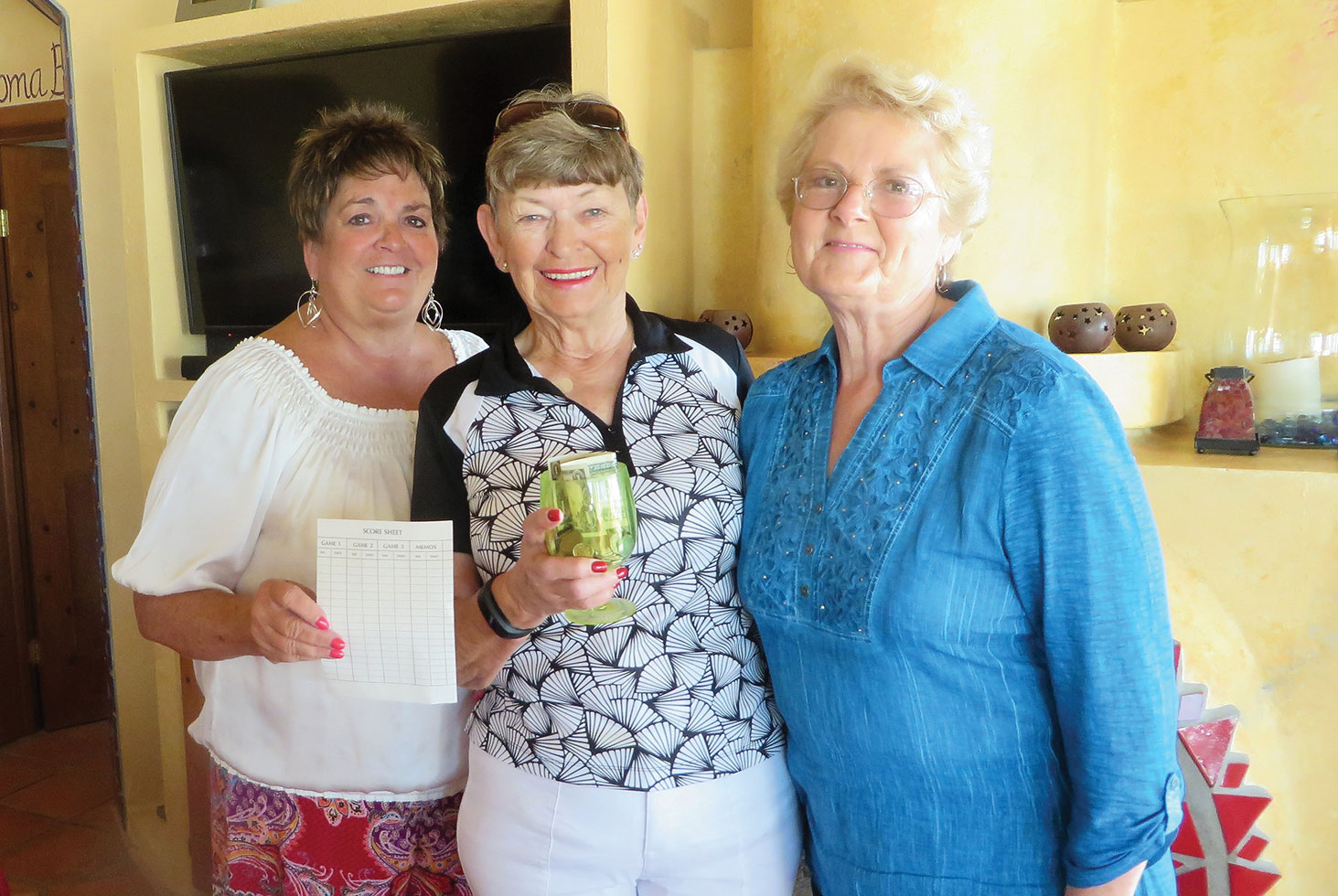 On February 6-9, eight gals from the bridge groups at Robson Ranch made a three-day trip to Rocky Point, Mexico. They loaded up gear for the three nights, including two bridge tables, cards, score cards, and some money for their high stake games ($1 for each round—four in total were played—and five cents for each set trick).

Their beach house had plenty of room for all with five full bedrooms, and each with a separate bathroom. A cook/housekeeper was included. One day the cook, Dolce, presented a wonderful cooking school and the group enjoyed watching as she fixed coconut shrimp. It tasted amazing and was enjoyed on the ocean front porch.