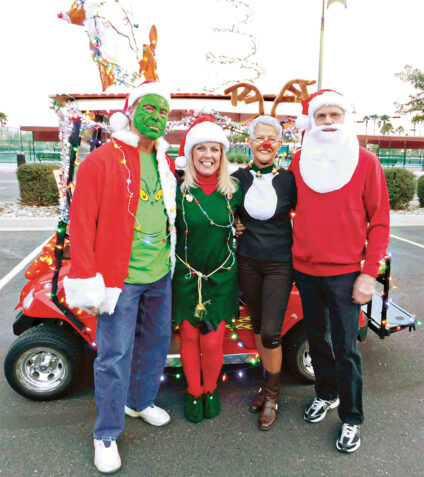 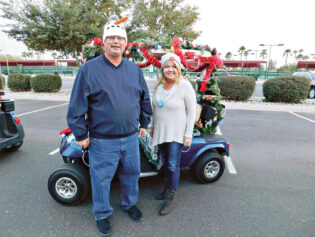 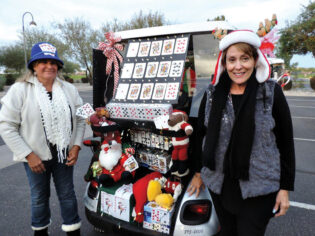 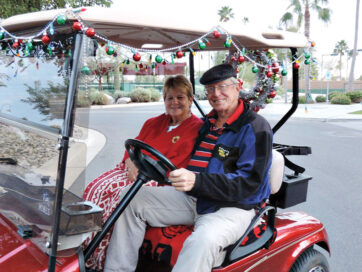 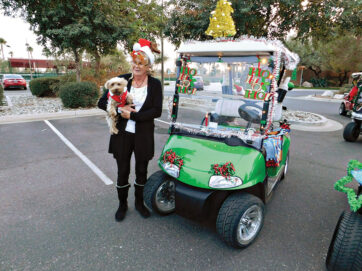 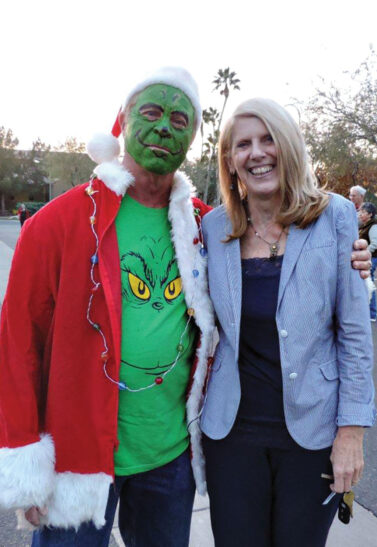 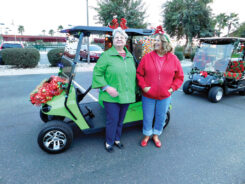 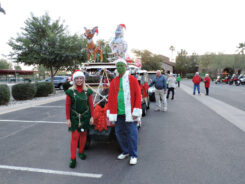 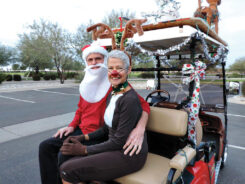 On the evening of Wednesday, December 9, 12 golf carts and three motorcycles, all decked out in lights, garland and decorations, paraded throughout our community. We stopped at several “refreshment” stations provided by friends and neighbors along the way. Thanks to all of you who provided them! The weather was perfect. We couldn’t have asked for a better night. The stars were out and so were all the people in the community. They were cheering us on, and everyone was full of holiday spirit! The parade was led by Ron and Kim Gibbs (The Grinch and the Elf). Even Santa and Rudolph were there (Ted and Jill Lui). This is a great way to get into the full swing of the holidays, either by decorating your cart and participating in the parade or by gathering with friends and neighbors to celebrate and have fun watching the parade. Thanks to all who participated! Everyone did a great job decorating their carts. We hope to see more entries in the parade next year!