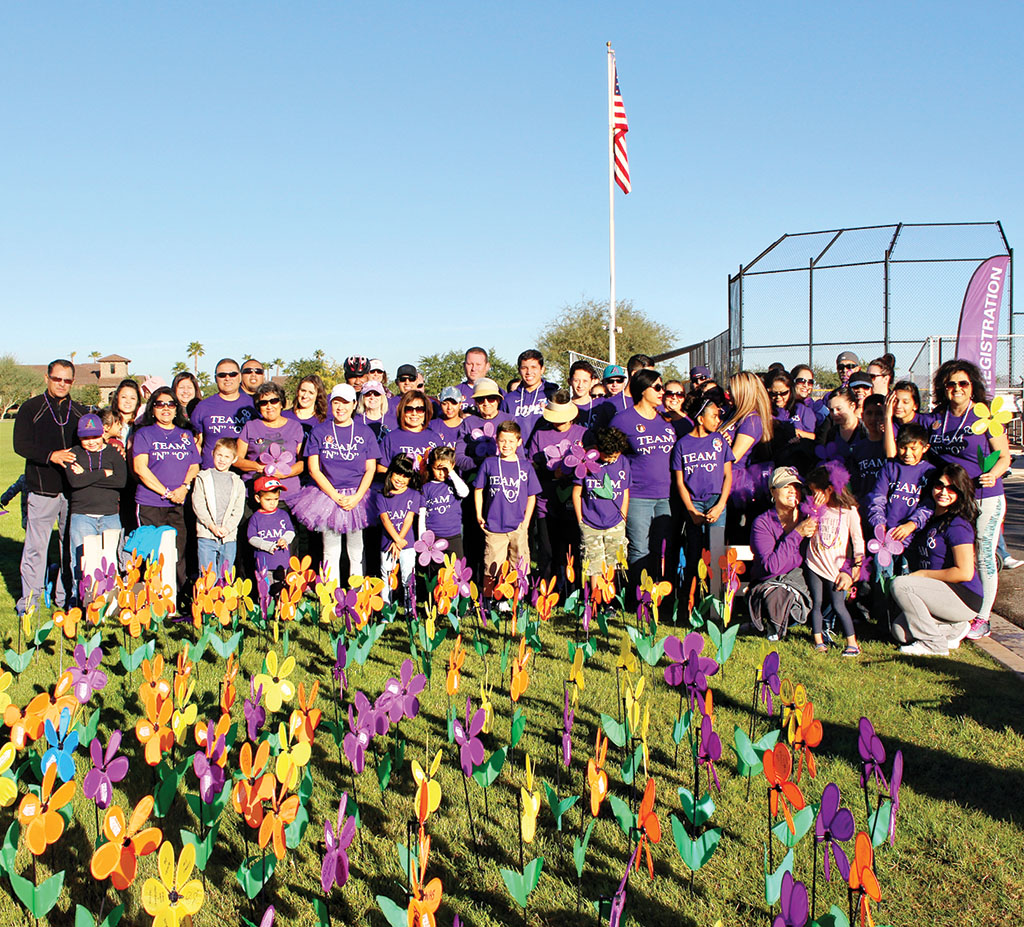 The 2015 Walk to End Alzheimer’s was very successful! Over $9,000 was donated for this very worthy cause. Robson Ranch raised a total of $13,864 in 2015, including the Alzheimer’s Tea that was held in May. Thank you to all who participated and donated. There were six teams this year. Team V-I-C-K-I with 38 members was organized by Jane Kihlstrom in memory of her sister, Vicki, who had early on-set Alzheimer’s. They were the largest Robson Ranch team! We had a family team walking in remembrance of their mother, Nellie Leos, from Eloy and Casa Grande with 64 members!

It was a perfect day, sunshine and a great temperature for walking. A great time was had by all, and we hope you will join us next year! The Walk to End Alzheimer’s is always in November, most probably  November 19, 2016.