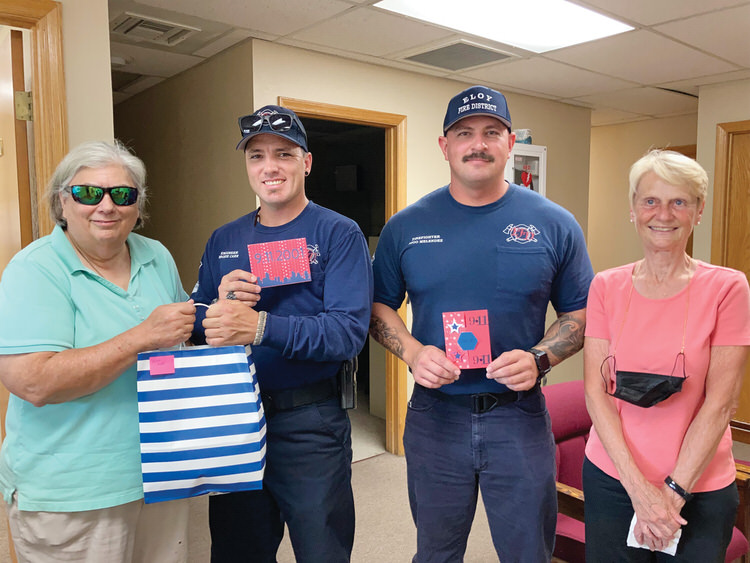 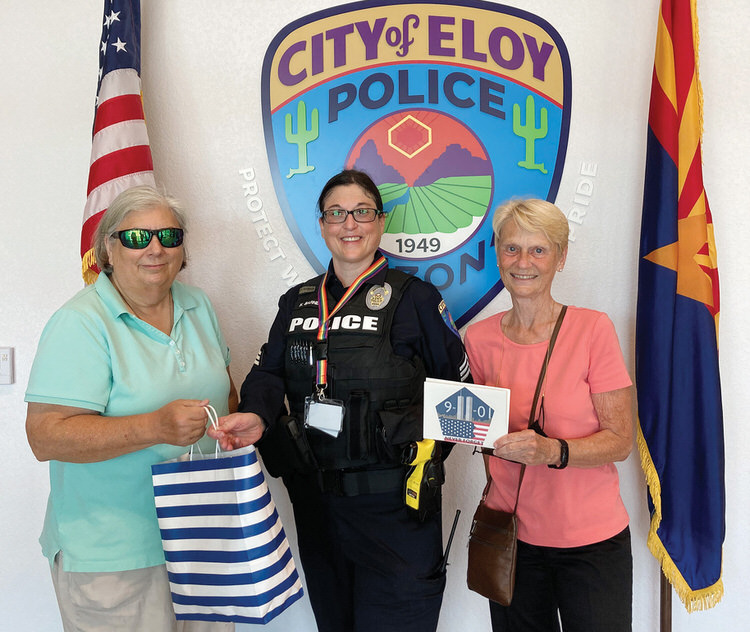 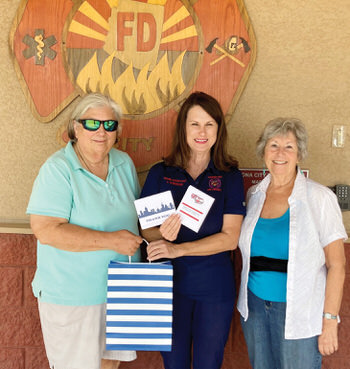 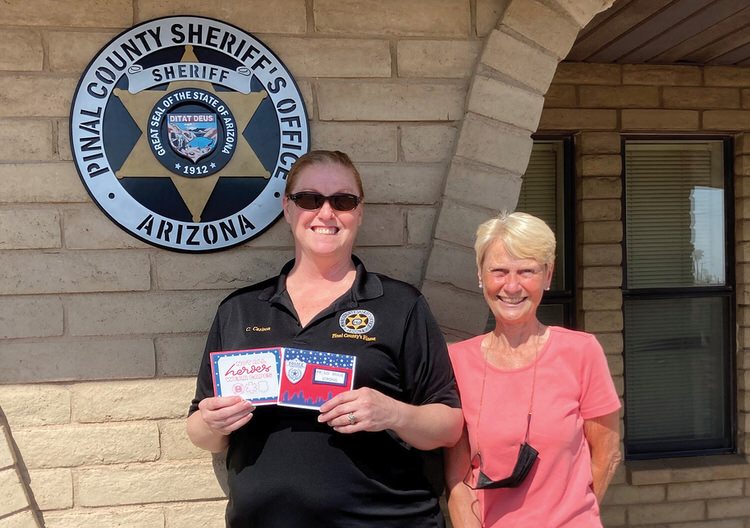 In observance of the 20th anniversary of the 9/11 attacks on our country, the Robson Ranch Paper Crafting Club honored our local first responders with handmade cards of appreciation for their continuous courageous service to the community (one for each of the first responders at the respective stations), along with homemade muffins and cookies made by two of our members, Pat Serveiss and Debra Fosnight.

At the Arizona City locations, all first responder personnel were absent, either out on a call or attending training. On their behalf, the deliveries were accepted by Cricket Carlson, regional secretary of the Pinal County Sheriff’s substation, and Shirley Sutherland, administrative secretary at the Arizona City Fire District.