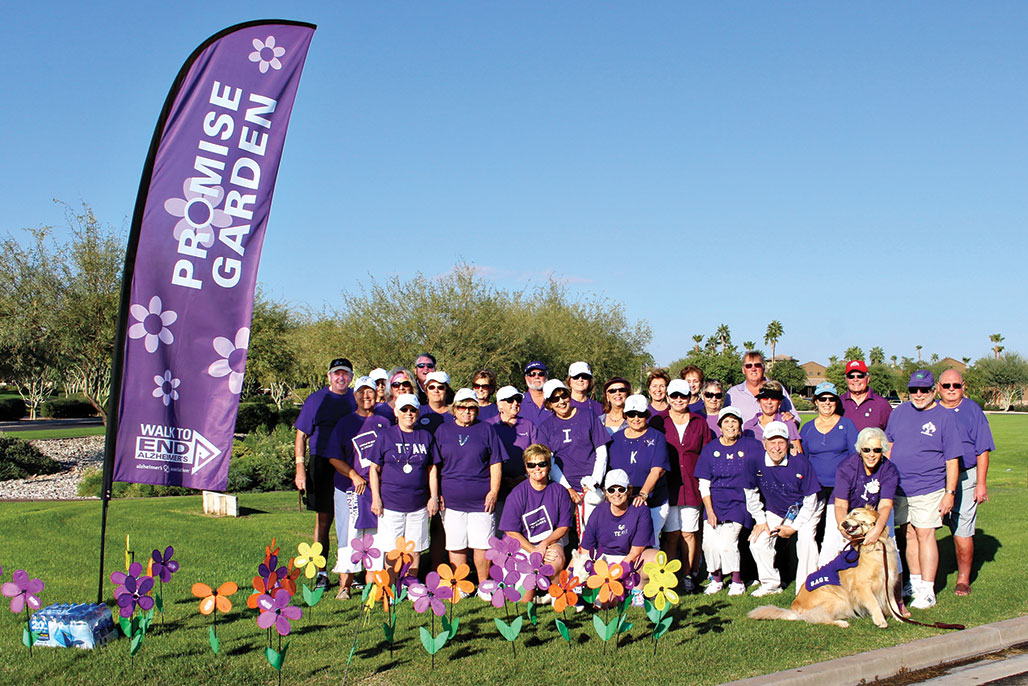 Thank you to all who walked, donated and helped with the Walk to End Alzheimer’s November 15. We raised $5,543 toward finding a cure or being able to slow down the progression of such a dreadful disease. Please join us next November and help “all of us” to make a difference! A footnote: The non-profit Desert Southwest Alzheimer’s chapter has one of the lowest overheads of any charity; 84% goes to research because much of their small office staff is volunteers. Please consider making Alzheimer’s part of your philanthropic donation, and together we can do what The Cancer Society donations did for cancer. The only thing we personally can do is financially support the research necessary for doctors to be able to diagnose and treat this crippling disease. The reason Alzheimer’s is so difficult to treat is that it is usually detected too late. You can’t intervene after brain damage has already occurred; you need to prevent those brain cells from dying. Alzheimer’s is the second most feared disease after cancer.

Jane Kilhstrom, Gerard Wittman and Terry Price each headed teams that raised over $1,200 each. It would be terrific if in 2015 some of you would consider having a team of your family and friends! Together we all could make a difference as one in five of us over 65 will experience the devastating effects of Alzheimer’s in our own family and friends!

The greatest known risk factor for Alzheimer’s is increasing age. Most individuals with this illness are 65 and older. One in nine Americans 65 and over currently has Alzheimer’s. The likelihood of developing Alzheimer’s approximately doubles every five year after age 65. At 85 the risk reaches nearly 50%.

Physical exercise is showing more and more promise. There isn’t a definitive study yet, but research does suggest that being in shape throughout life is helpful. Isn’t that one of the reasons we moved to an “active” adult community? Another thing we can do is make sure we stay intellectually, socially and physically active throughout our lives. Ease your worry about Alzheimer’s by making sure to exercise your mind and body, eat well, don’t drink too much, control blood sugar and enjoy life! It is estimated that Medicare and Medicaid costs associated with Alzheimer’s will explode from $150 billion in 2014 to $800 billion by 2050. Wow!