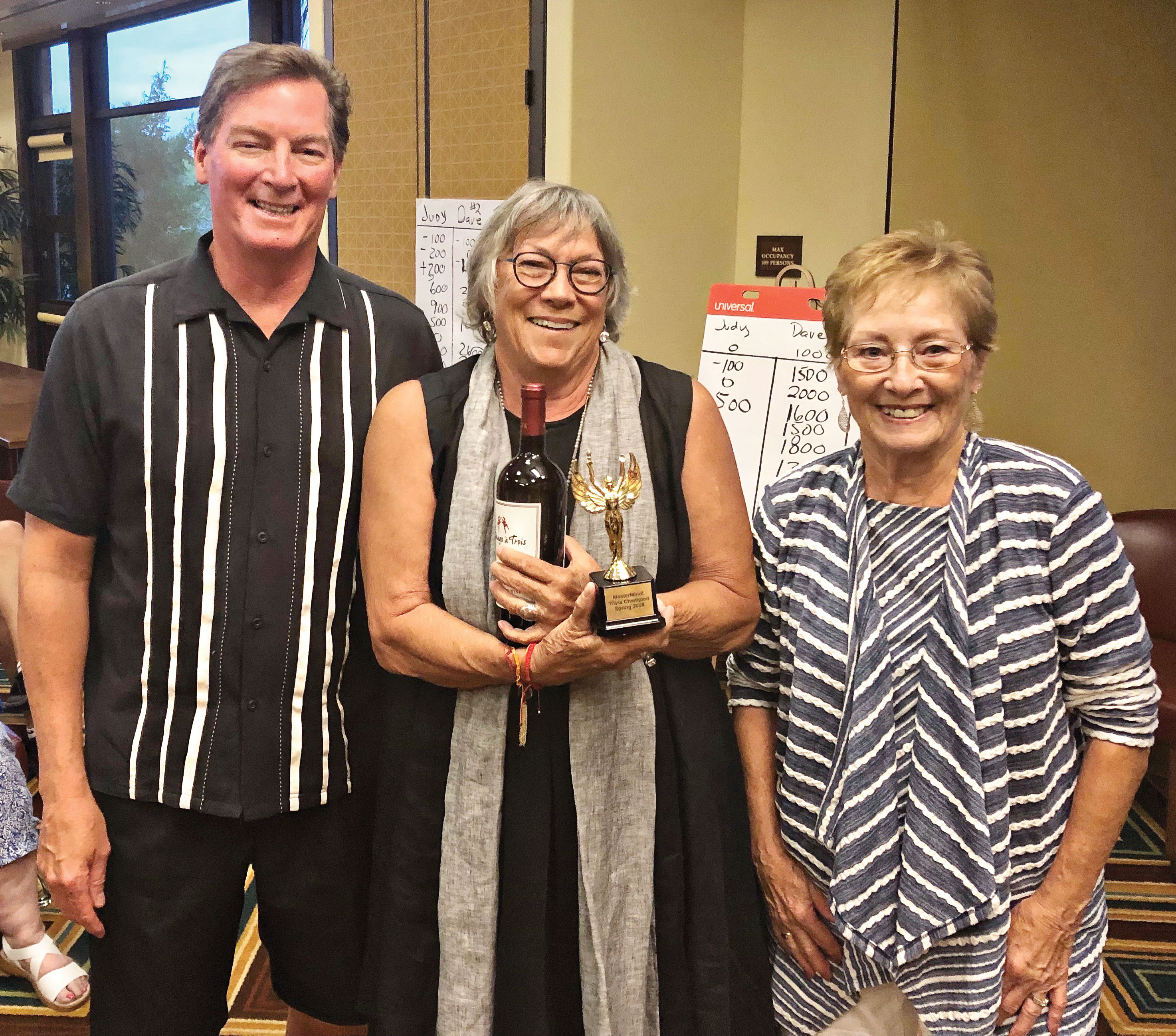 The spring 2019, MasterMind! Trivia Tournament of Champions was held on April 23. It was a robust Jeopardy-style contest held in the Laredo Room. A spectacular crowd was on hand to cheer for the three contestants, Judy Gottsch, Barbara Renthal and David Hazen.

Questions in various categories (e.g. geography, science, world leaders, art/music, sports) were displayed on a large screen and were handled by the three competitors in expert fashion. They were especially sharp with the Daily Double and Final MasterMind! questions. It was riveting and nail-biting action.

In the end, Barbara Renthal finished with a colossal 4,600 points and was declared MasterMind! Trivia Champion for spring 2019. She took home a splendid trophy and a bottle of wine.

The autumn 2019, edition of the MasterMind! Tournament of Champions is likely to be held in October or November. So, start thinking about your plans for becoming a contestant.

Here are some immediate brainteasers that might be of interest:

2. How many pecks are in a bushel?

3. What two colors are combined to make purple?

4. What is the fifth letter in the Greek alphabet?

5. Which of the following colors is most hot in a candle flame, red, yellow, blue, or white?

6. In what city is the United States Naval Academy located?

7. What was the name of Tonto’s horse?

9. What company is represented with the stock symbol “HOG”?