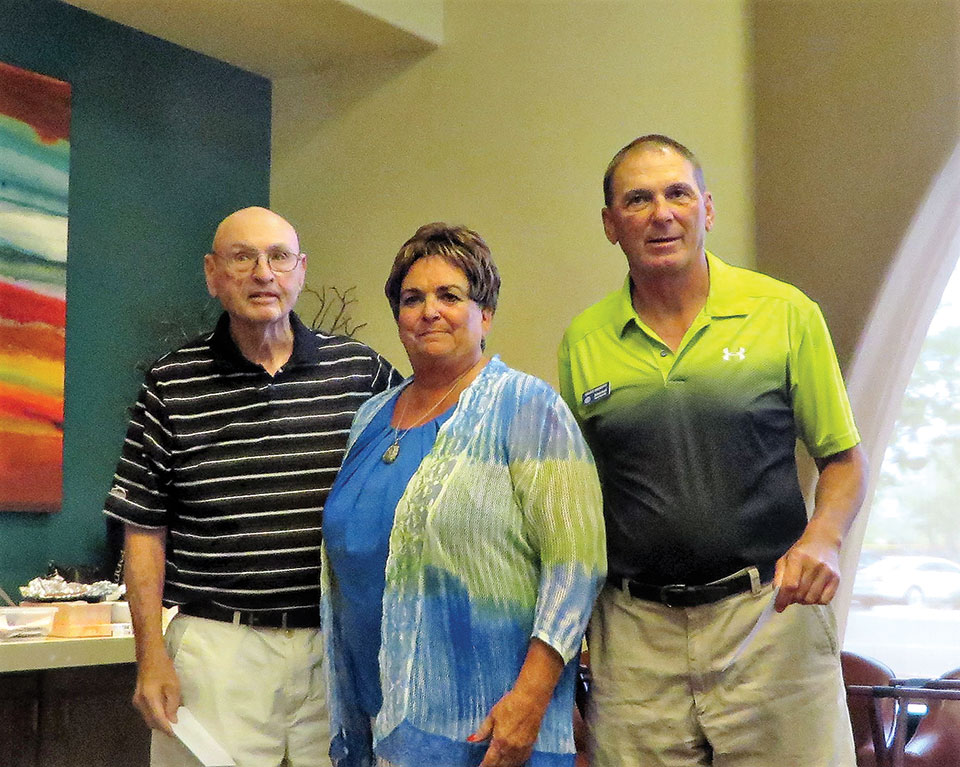 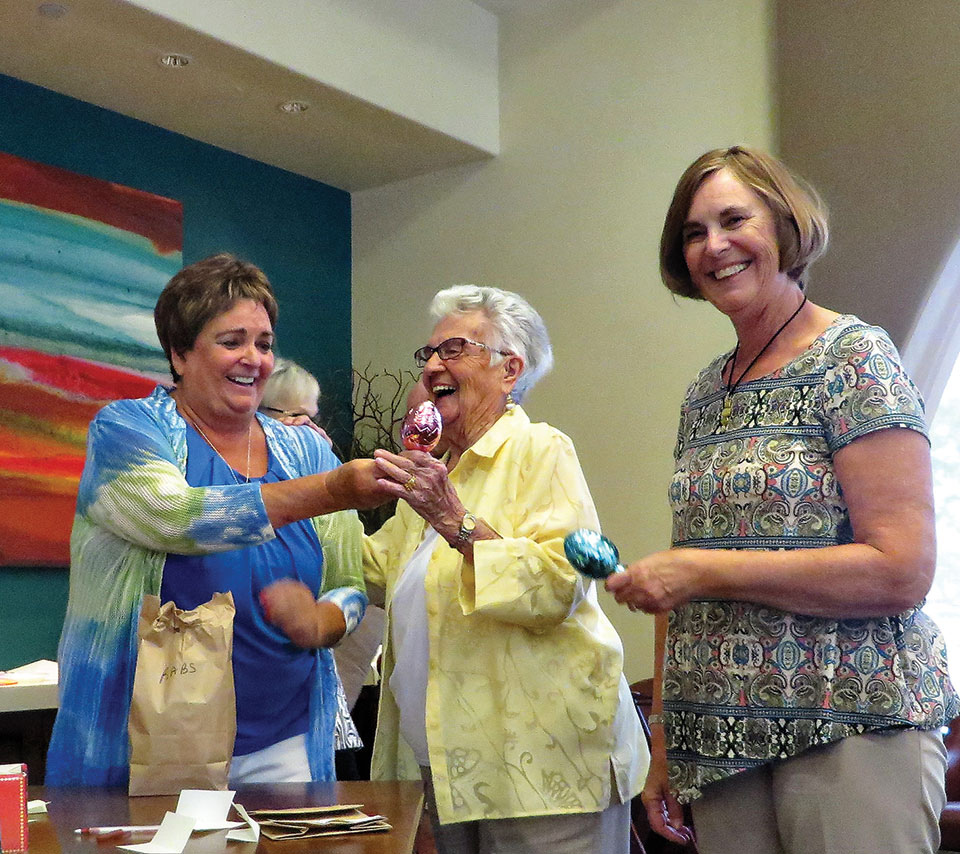 On March 22, 32 residents of Robson Ranch played in their annual Spring bridge tournament/luncheon. Six rounds of six hands each were played before lunch. Lunch was served in the bridge room by Heather Hardesty of the Robson Ranch banquet/catering department. Following lunch six more rounds of six hands each completed the play. The top prize winners for the day were the following:

A new prize called “goose egg” was awarded this year. When one round of six hands is played and the team has a zero score, some call it a goose egg on their score cards. A goose egg trophy was presented to Stephanie Martin and JoAnne Johnson. Low score for the day was awarded to Kent Jensen. We acknowledge low because it means someone tolerated an entire day with miserable cards.

There will be a summer tournament/luncheon and the date will be announced later.