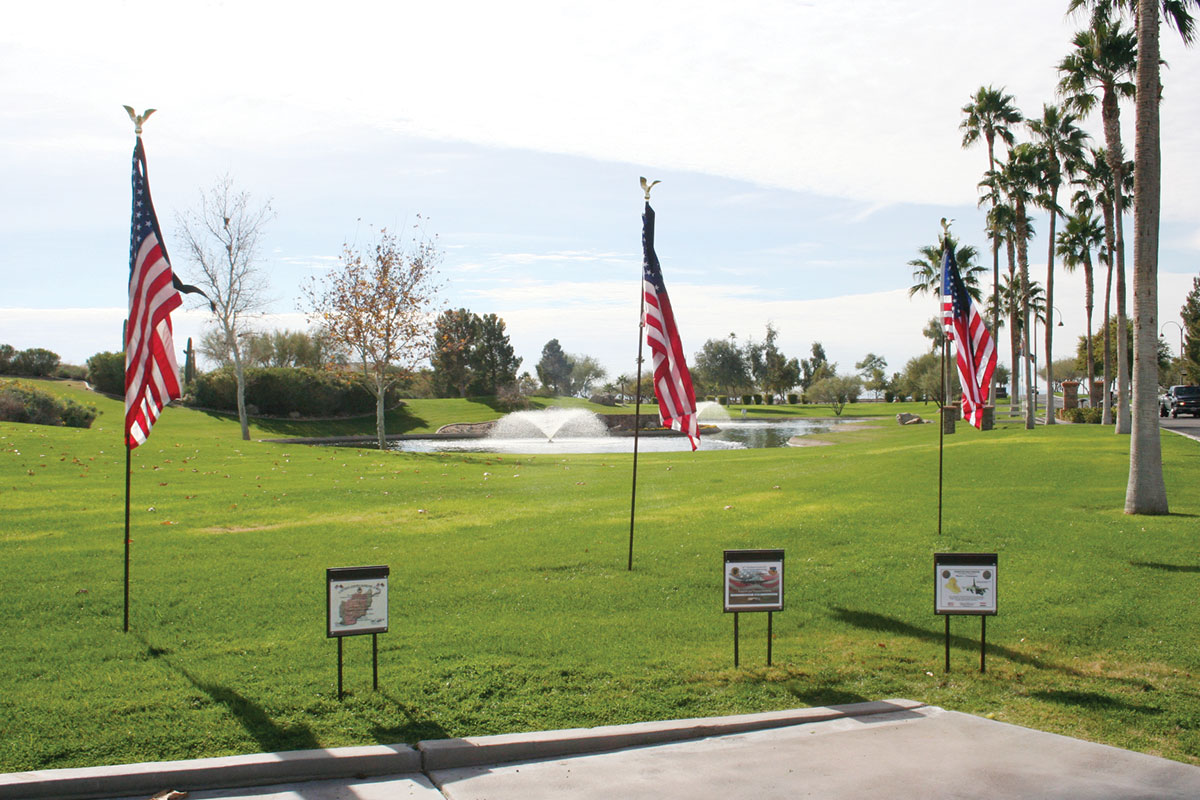 SOT-AZ has obtained permission to display three special American Flags that were flown in various combat zones. SOT-AZ has accepted the donation of these flags as an honor and duty to proudly display each flag in a special area to maintain and preserve them to the best of our ability.

We invite you to visit this special display on the corner of Robson Blvd. and Harris Hawk Drive where these flags will be flown on each of the Robson HOA approved flag flying days. You will recognize these special flags by the gold eagle topped poles and identification signs.

Flag 2: Flown over Afghanistan aboard an MC-12W in support of Operation Enduring Freedom. Tail number 09-0729 on 11 September 2012 in honor of Support Our Troops-Arizona.

If any resident of Robson Ranch has similar flags that they would like to have honored within the SOT-AZ display, please contact Steve Anderson at [email protected]

SOT-AZ is so very proud of our many residents that have purchased yard flags as well as those that have donated an additional flag that is part of the Robson Blvd. and Harris Hawk displays. We invite our new residents and of course those that have not yet purchased a flag to get their flag before the next HOA approved flag fly day. The cost is $25 per yard flag and $25 per boulevard flag; yard installation is included.

Mother’s Day: Second Monday in May

Memorial Day: Last Monday in May – half-staff until noon (*)

(*)Designates days that SOT-AZ will fly flags on Boulevards.

SOT-AZ extends a heartfelt thank you to all our residents that continue to support our efforts to help our local veterans.