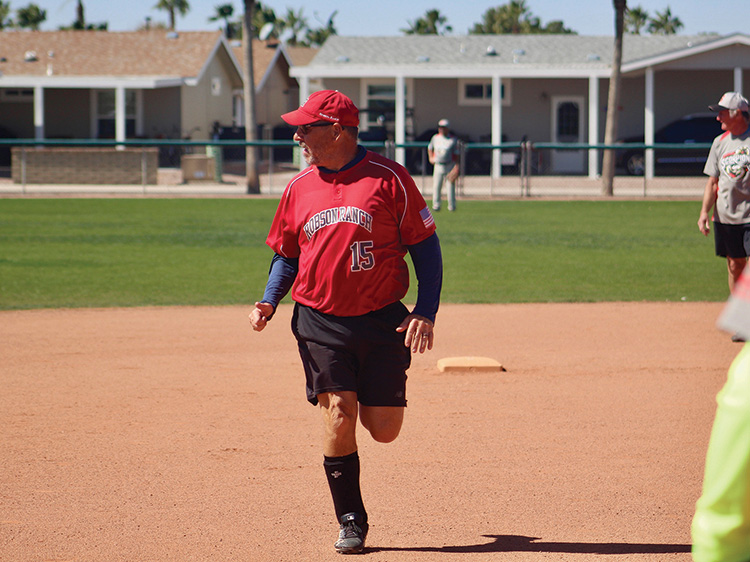 Just outside Flint, Mich., is the small town of Swartz Creek. It was here that Bill Schaible first played little league baseball. Like many other youngsters, his lack of success prompted him to turn his attention to other endeavors. “In four years of playing I think I got one hit,” he remarked. Golf, swimming, and eventually diving became the focus for Bill, and athletic success followed. It was not without setback that Bill would progress to the high school and college level earning honors that included recognition as a high school All-American diver. As an eighth grader, his diving career was temporarily de-railed after striking his head on the board while attempting a reverse one and one-half. Although he ended up in the hospital, Bill commented, “it wasn’t all bad because I got out of taking my finals at school.”

His parents’ participation in golf became a family affair as Bill and his sister often accompanied their parents on the golf course as caddies. Once they joined the country club, Bill got involved with the junior golf program and a lifetime love for golf was born.

Participation on the YMCA swim and dive team was the catalyst to high school diving. “Very successful” would be an adequate but modest way of describing Bill’s high school accomplishments on the diving board. A short list of honors includes a conference championship, league records that are still in his name today, third place in the state finals, and a spot on the high school All American team.

Bill’s feats were not missed by the college coaches at several schools. Bill chose Central Michigan because they had the best facilities and offered him a scholarship. Despite not having a dive coach at CMU, Bill had a long list of accomplishments including MVP awards, Mid-American three-meter conference champion, and qualifying for the NCAA championship.

Softball became part of Bill’s life in his late 20s when he joined a team made up of co-workers. “They stuck me out in right field to hide me,” Bill remembers. “When nobody wanted to pitch, I decided to give that a try and it worked out okay.” Playing in a church league preceded moving to Robson Ranch, where having a softball team was one of the reasons he chose to buy here. “I wanted to get back to the game I enjoyed so much.”

“Playing with this bunch of guys has been a real joy. We have so much fun playing and joking around. Nobody takes it too seriously. “We’re just a bunch of guys that enjoy the game and comradery, win or lose. However, we prefer to win.”

Bill has been an important and valuable addition to the Robson Softball Club. On the field and off, Bill has made great contributions. Playing on the B level league team and the B tournament team, Bill has shown himself to be both a prolific hitter and a top defender. In addition, as part of the field maintenance crew, Bill has found another way to serve. He is currently in his second term as club president and, as he did in his early years, once again earned the status of MVP.